There is more to it than equipment

In the first weekend of September, the who’s who of the recording- and studio industry gathered for the first edition of the Studioszene expo This event revolved around everything related to music production, from composition to editing.
Thousands of visitors had the chance to participate in various workshops and check out over 90 different booths hosted by top manufacturers. As those workshops were held by stars of the industry, such as Silvia Massy and Peter Walsh (both (guest) lecturers at the Abbey Road Institute), it should not come as a surprise that every single seat of their masterclasses was taken. We, the Abbey Road Institute, were lucky enough to take part in this unique event.

Everything which the heart desires

It was quite easy to tell that whoever was strolling through the various corridors of the fair was struggling to decide what to look at first. From vintage equipment to new hard- and software, from extraordinary to old-but-gold – most of the visitors could not get enough of the manufacturer booths and their wide range of products. Who would say no to getting their hands on a real tube compressor or any other piece of hardware that is usually just seen virtually inside a DAW?

If you still could not get enough of all of the classic equipment you got the chance to try out some vintage Neumann microphones at a dedicated booth – A pleasure only a few have in their day-to-day home studio experience. Our students who visited the Studioszene were already pretty familiar with the „vintage“ topic, as „learning from the history“ plays an essential part in our curriculum. Our „Progressive Continuous Learning“ teaching method breaks down the modules into shorter sessions which are linked together and delivered in a progressive logical manner. It comes without saying that we provide our students with a wide selection of vintage microphones.

How recording becomes an adventure

Of course, the heavy loads of equipment were only half of the fun. From the early morning hours until late evening, dozens of lecturers were passing on their knowledge of the craft. The highlights for most visitors were probably the masterclasses of engineers and producers like Mick Guzauski, Sylvia Massy, Peter Walsh or Hans-Martin Buff.

These were familiar faces for every attending Abbey Road Institute student, as Sylvia Massy and Peter Walsh had both held workshops at our Institute before. However, when Sylvia speaks about her experiences of sessions in which she recorded in a nuclear power plant or how she creates a delay using a garden hose, one would probably never get tired of it. It is the unique personal- and work history of these people that inspire to strive for new adventures in a recording.

Watch Massy shoot some videos herself during Studioszene 2019

Only two doors down Simple Minds producer Peter Walsh spoke about the importance of soft skills when working with bands. To give a practical example, he used Daniel Blumberg’s „Minus” and showed us how to turn a poor demo into a successful indie-song. Like Massy, he underlines how important it is to stay unconventional, despite the financial pressure everyone is dealing with within this industry.

As already mentioned, we from the Abbey Road Institute also had a booth. During the two days, both campus managers from Berlin and Frankfurt as well as some of the current students and alumni were answering all kinds of questions regarding our diploma. Additionally, Ulli Schiller (Abbey Road Institute Frankfurt) and Christian Ruff (SAE) presented the participants training opportunities in the audio industry. 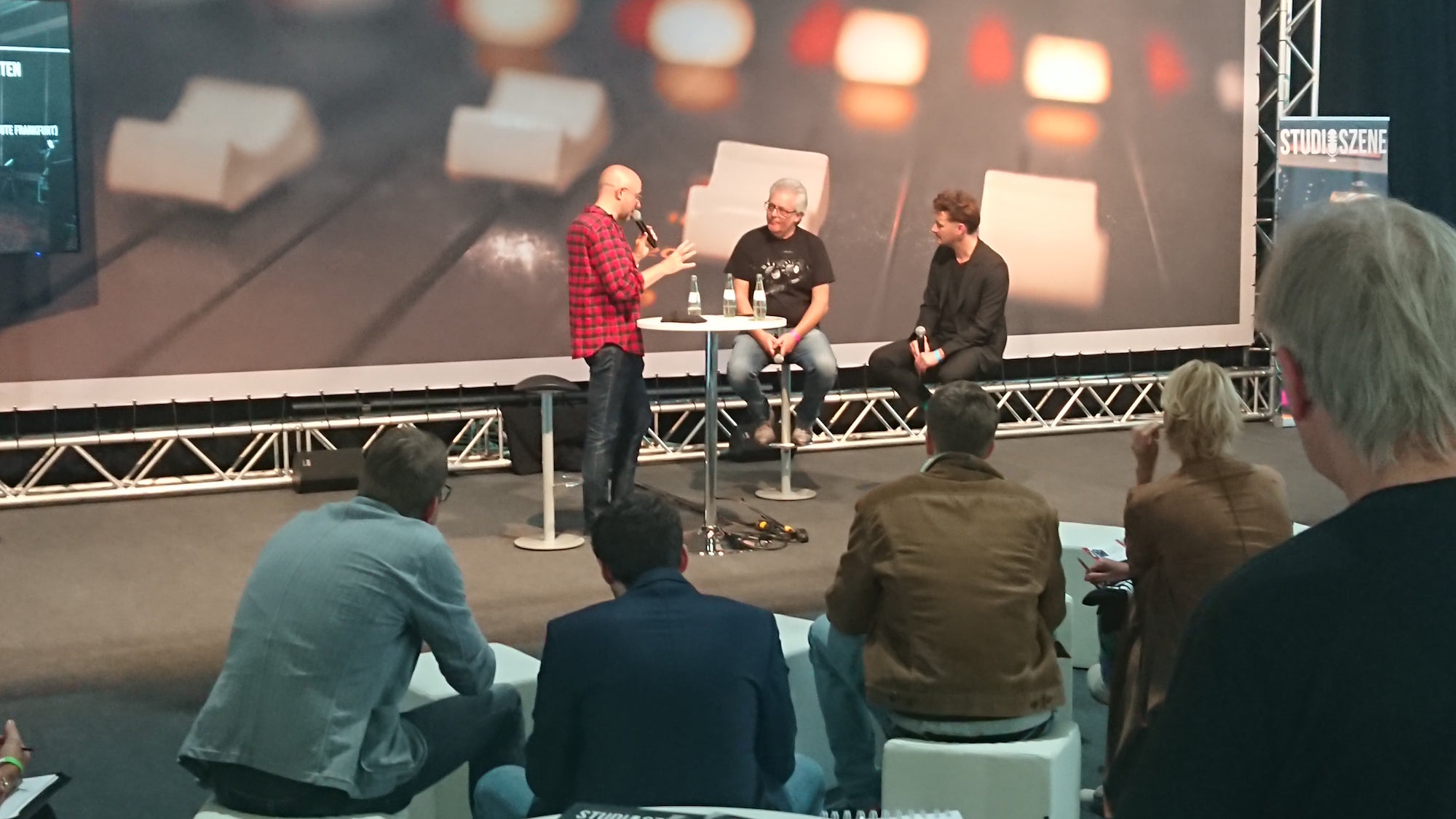 Stephan, a student of the Abbey Road Institute Frankfurt, experienced an extraordinary highlight himself: During a workshop, he had the chance to present one of the first projects he finished during his studies to Sylvia Massy, Mick Guzauski and Peter Walsh. They were giving him feedback regarding the quality of his mix and arrangement. But not only Stephan made some great experiences during the Studioszene:

The Studioszene 2019 gave me great insight into the current situation of the professional studio and audio industry. A massive buffet with a wide variety of experience reports, continuous education and qualification possibilities and little appetisers of technological innovations. With not enough time to try out everything that was offered.

The Studioszene was an excellent opportunity to meet with developers of professional audio-equipment and to ask them questions. It offered many networking opportunities.

Bonus video: The complete feedback session with Sylvia Massy, Mick Guzauski and Peter Walsh can be viewed below! 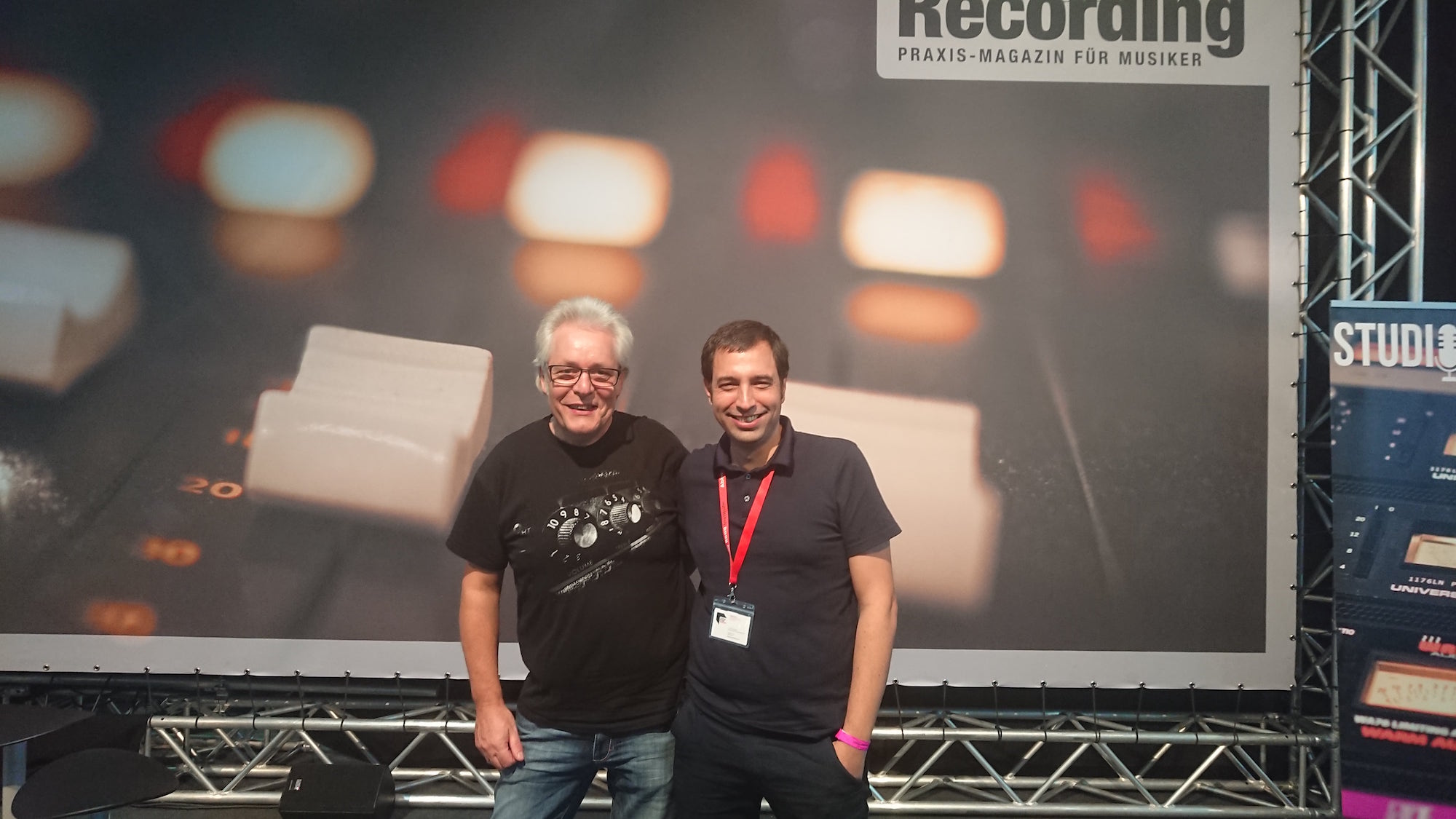