All together now at the Global Graduation Ceremony 2019

Last month, students from all over the globe flew to London for the global graduation ceremony at the legendary Abbey Road Studios. The graduation ceremony is our annual event for all the institute’s around the world where our students receive their official Abbey Road Institute diploma. Students from Paris, Amsterdam, Melbourne, London, Berlin and Frankfurt all joined together for this special occasion at the Studios, supported by friends, family and their lecturers.

After some drizzling days of rain in London, the day started with a ray of lovely sunshine. It felt like the perfect autumn day to stroll around the city, heading towards Abbey Road. First stop is the Abbey Road zebra crossing. The iconic intersection became world-famous due to the legendary Abbey Road album from the Beatles, which celebrated its 50th anniversary just a month earlier. 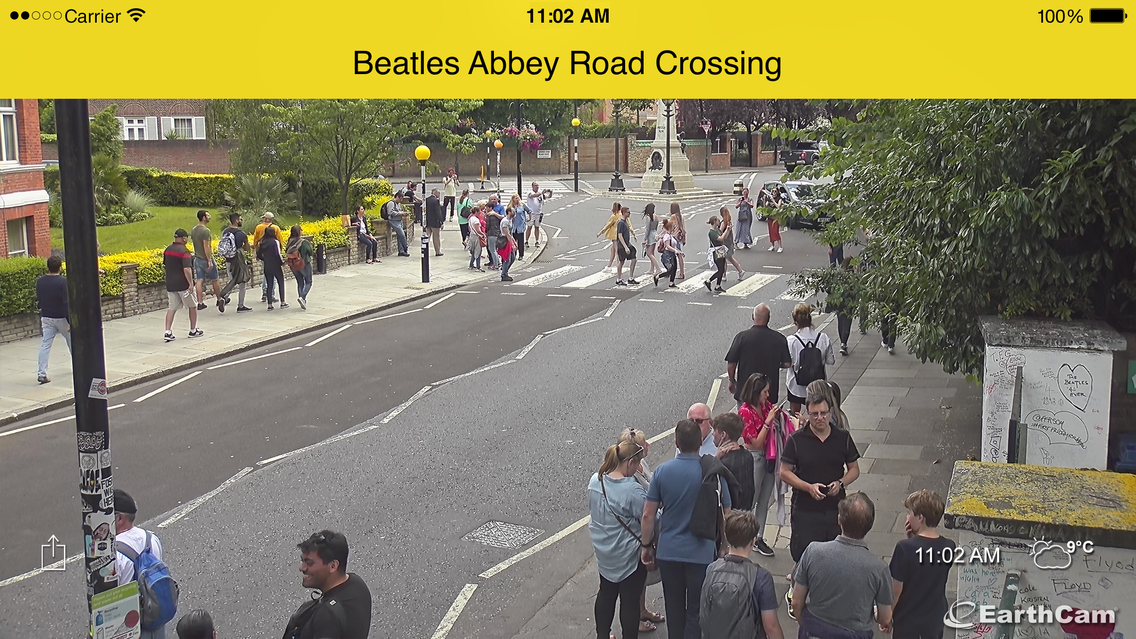 When entering the Studios‘ gate, you can’t escape thinking of all the legendary artists and bands, following their footsteps and climbing the iconic stairs of the entrance. The Beatles, Pink Floyd, Deep Purple, Jamiroquai, Take That, Lady Gaga, they’ve all entered the same doors throughout history, and the list goes on and on.

We all received a warm welcome from the local crew before walking through the historic studio corridors and entering the iconic Studio 2; the large recording room considered as a „mecca“ by many in the music business. All told, The Beatles recorded more than 90 per cent of their songs at Abbey Road Studios, with most of those being done in Studio 2. It’s a prominent place, to say the least. The walls, the acoustic treatment, the iconic floor, the stairs to the control room, they are all still in their original state. 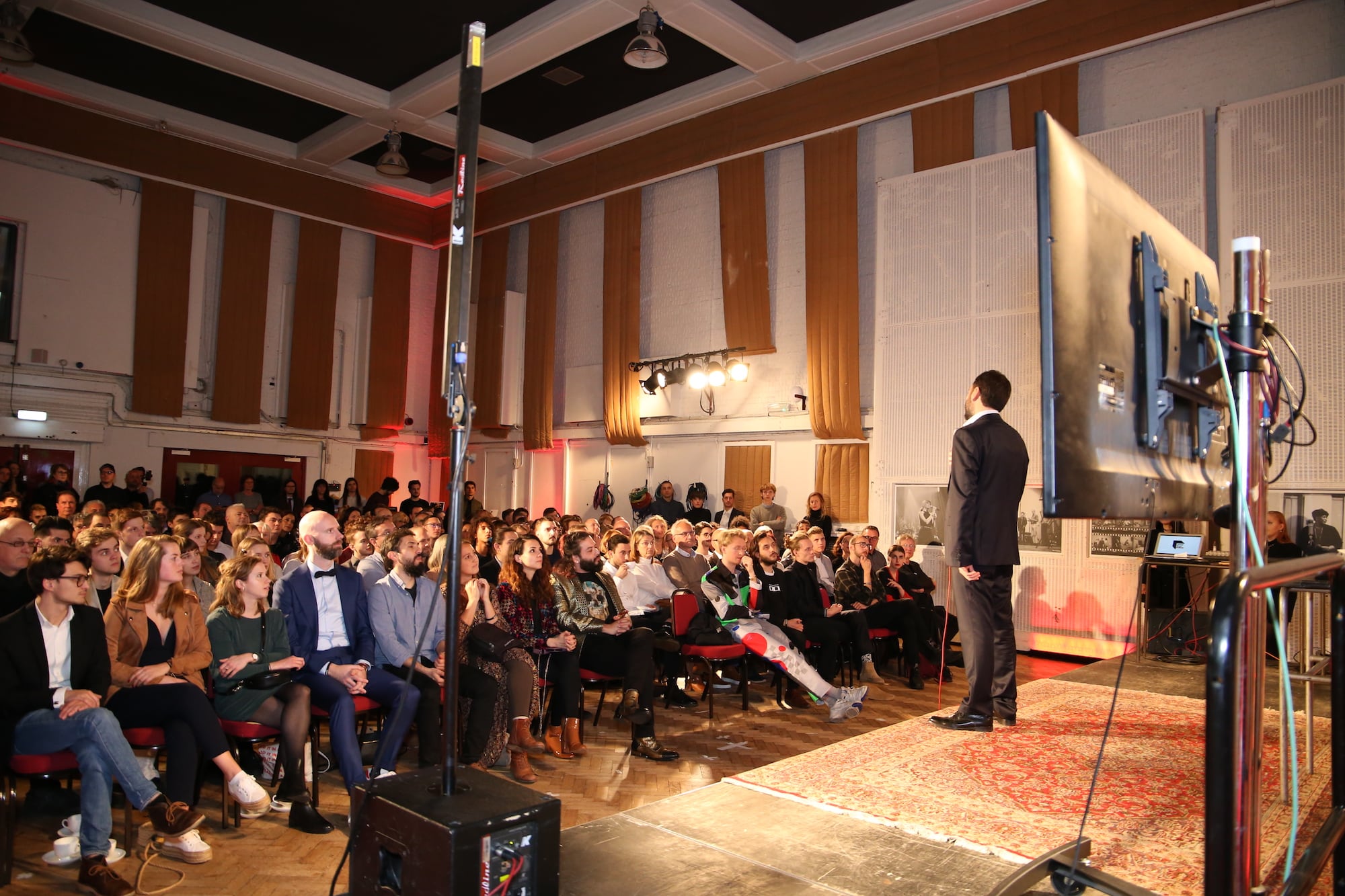 The graduation ceremony in Studio 2

The official ceremony kicked off with a welcome from our CEO, Luca Barassi (see picture above), to all participants, acknowledging the hard work and dedication from our students that precedes the graduation. After Barassi, Programme Director Carlos Lellis took the stage to address an inspirational speech to all the students and participants. Lellis spoke about how music touches us, both emotionally and physically, and how it passes on history. It was a moment where people were reminded again about the fantastic craft our graduates were pursuing, believing in their work and emphasizing the importance of it.

The afternoon continued with warm-hearted speeches by Tolga Tolun (Managing Director Germany and Campus Manager Berlin) and Ulli Schiller (Senior Lecturer and Campus Manager Frankfurt), after which each of our graduating students was being invited up on stage to receive their official Abbey Road Institute diploma. 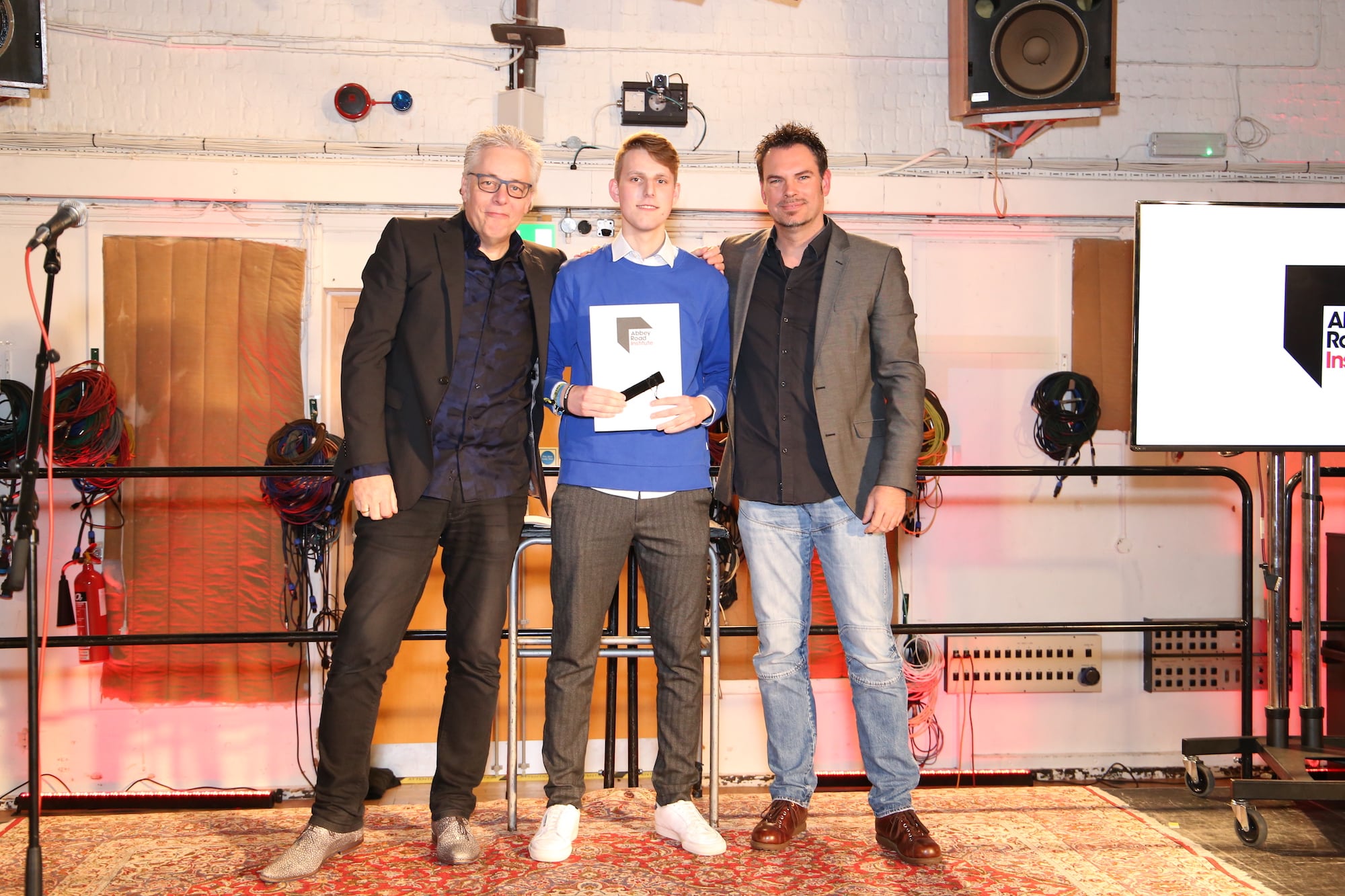 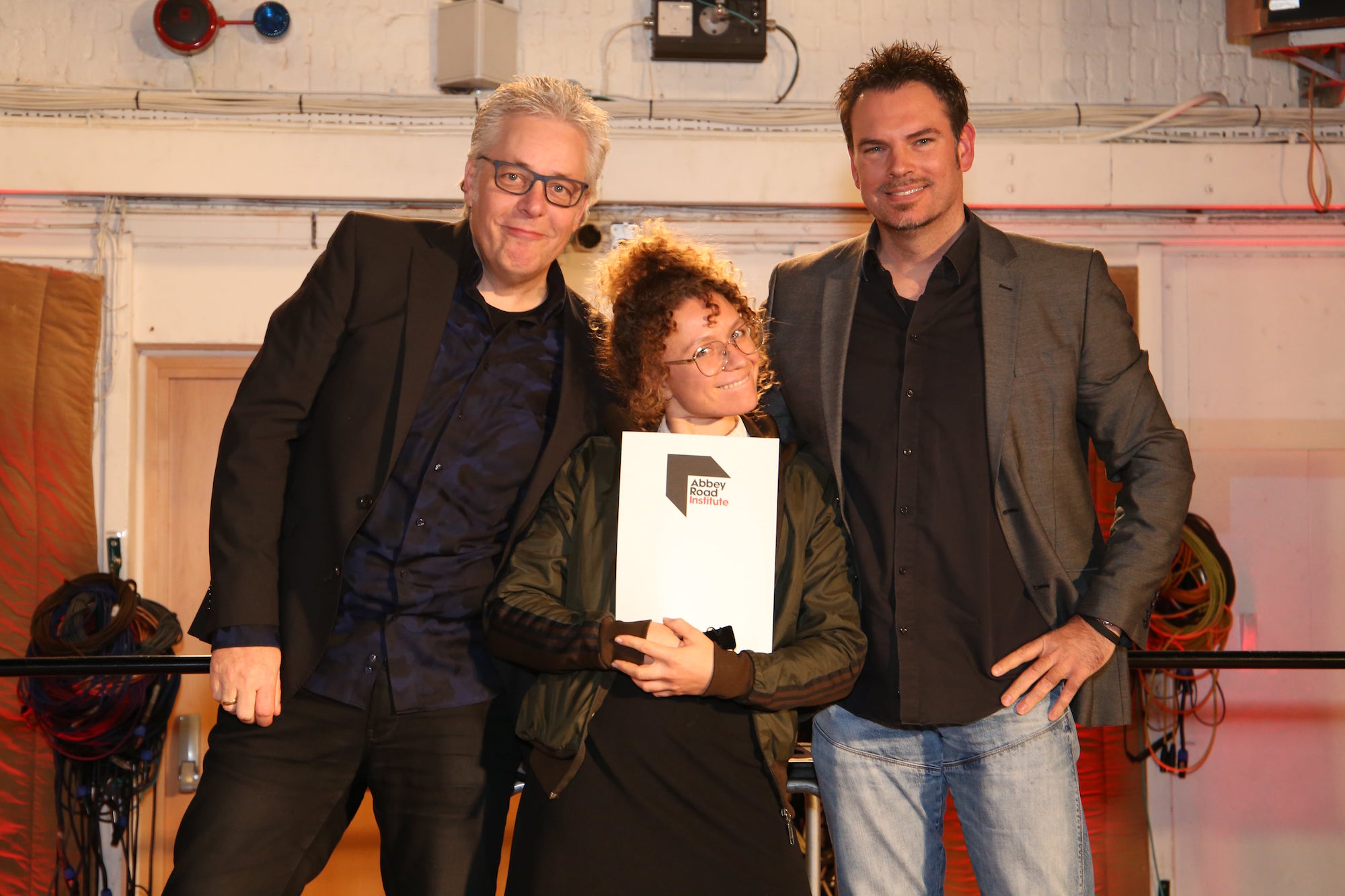 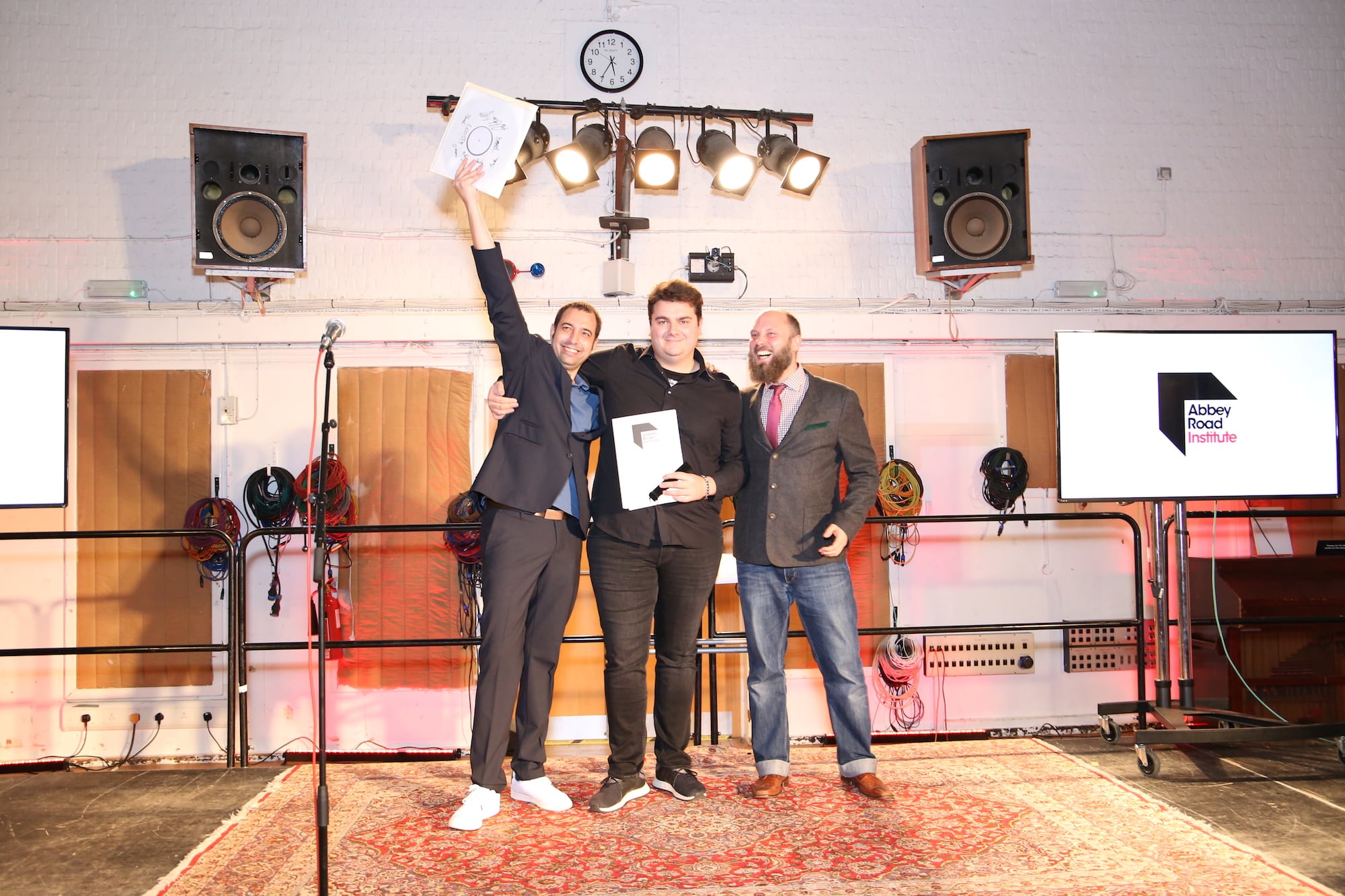 Berlin student receiving his diploma at Abbey Road Studios and handing out the final projects from the whole class on vinyl! 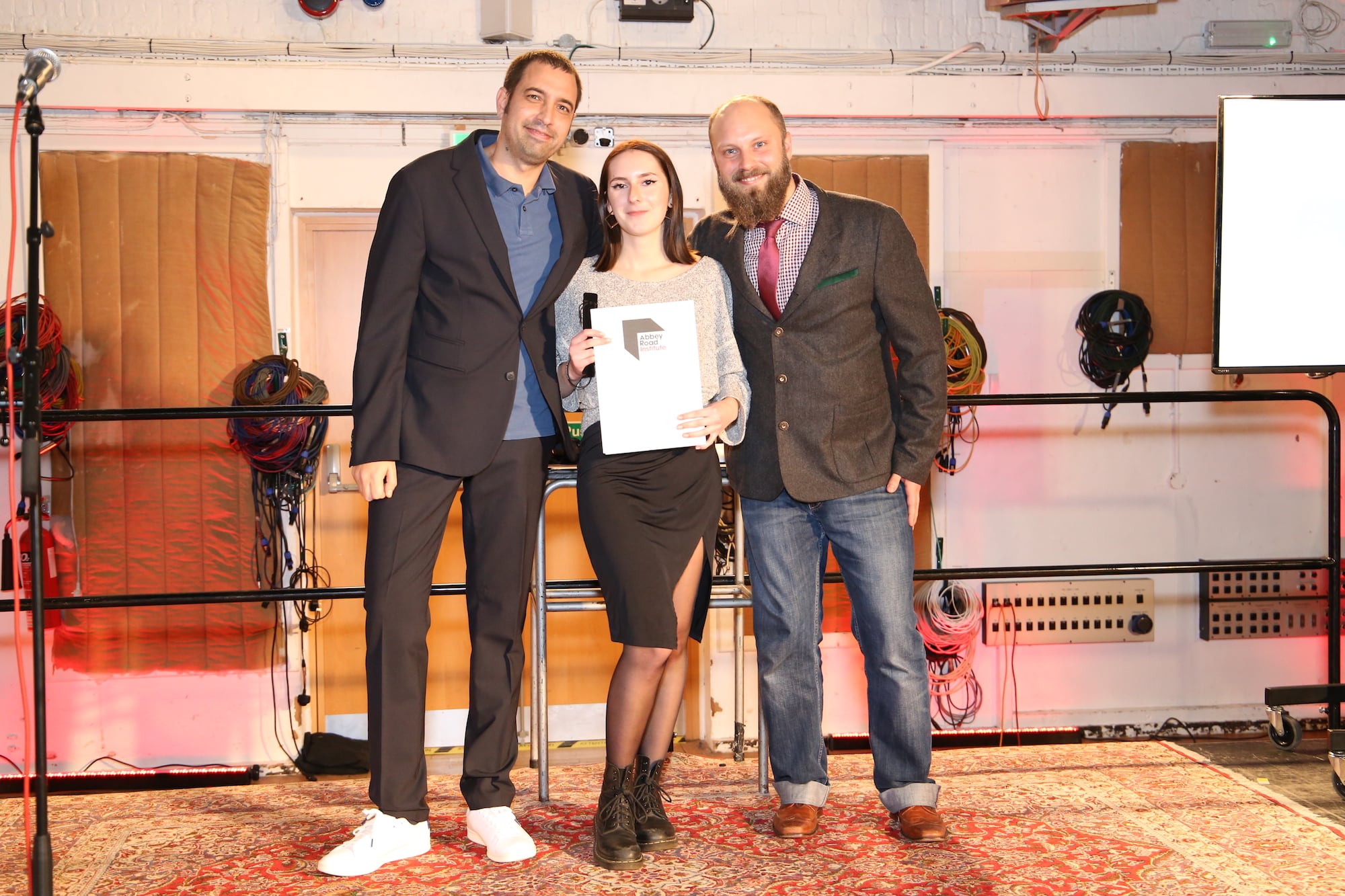 After the ceremonial handovers of the diplomas, the students were invited back on stage for the group pictures, leaving them a memorable moment of the great year they’ve spent together in Berlin or Frankfurt and the London ceremony as the cherry on the top. 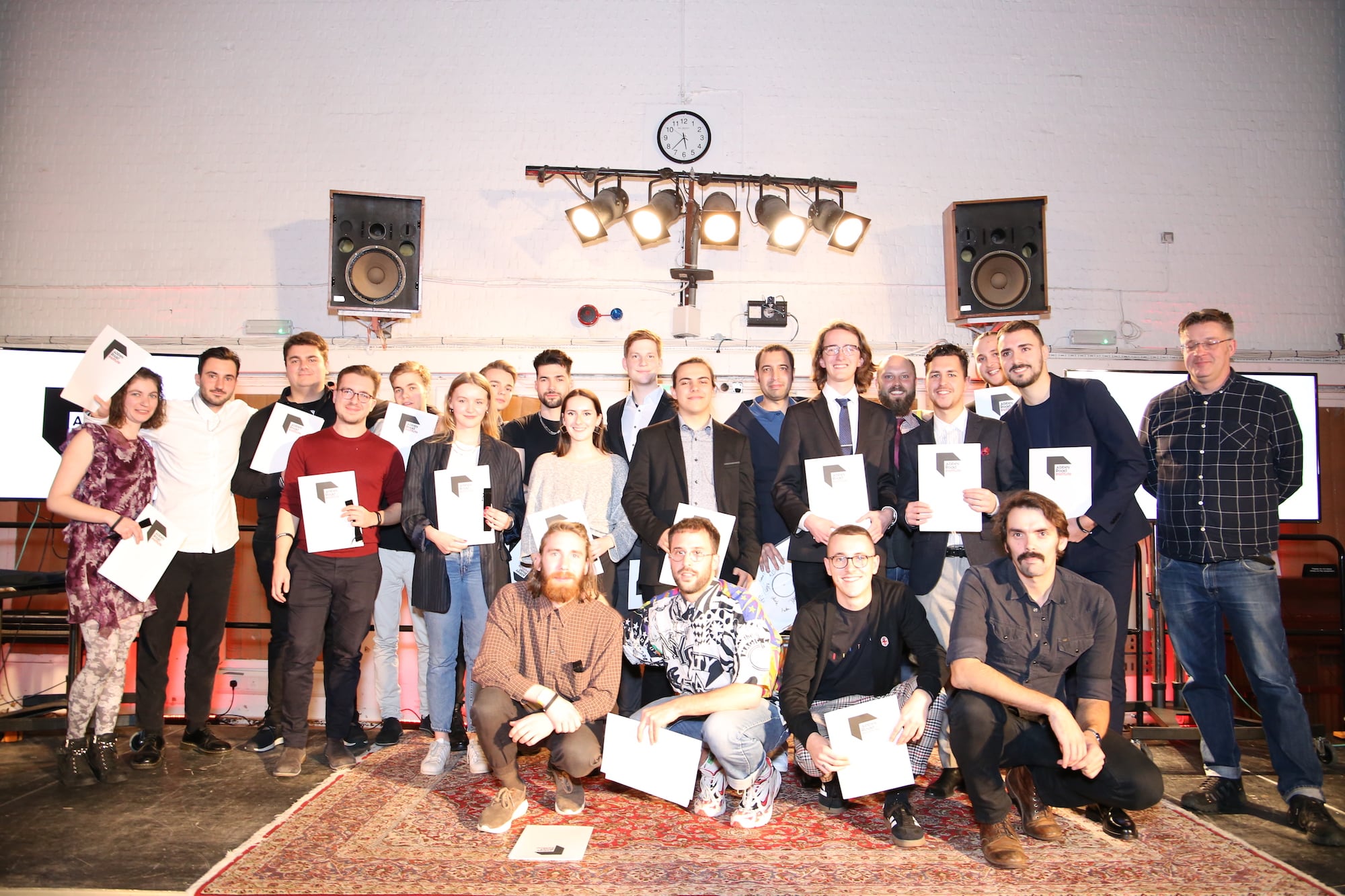 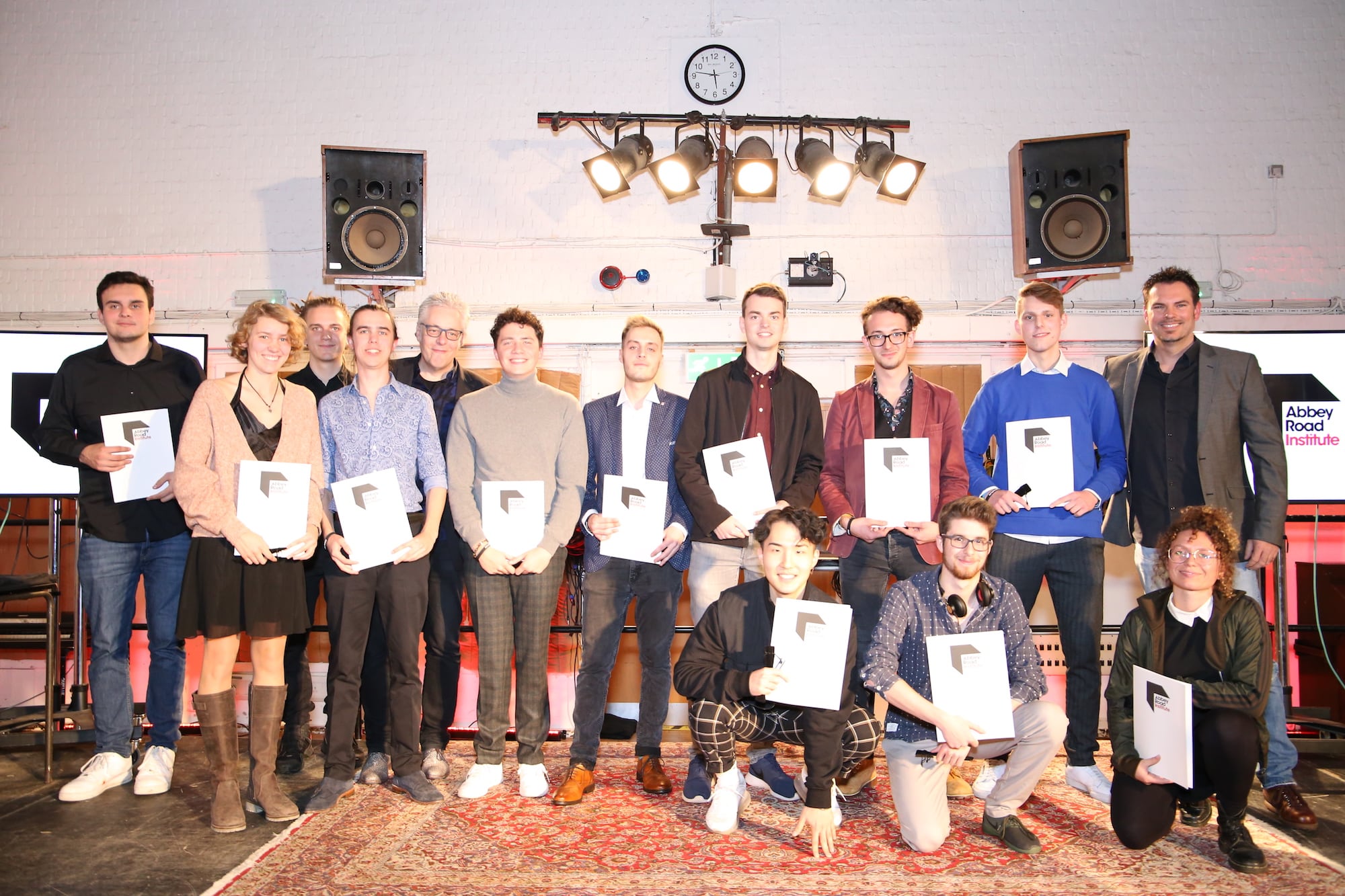 Joined by our industry guests and friends, the evening continued in Studio 1 with a toast on all graduates, speeches from our co-founders, including Davide Sharpe (COO Universal Music UK), free drinks and tasty finger foods, and an amazing live performance of the band Marie White (newly signed by Universal Music Group). 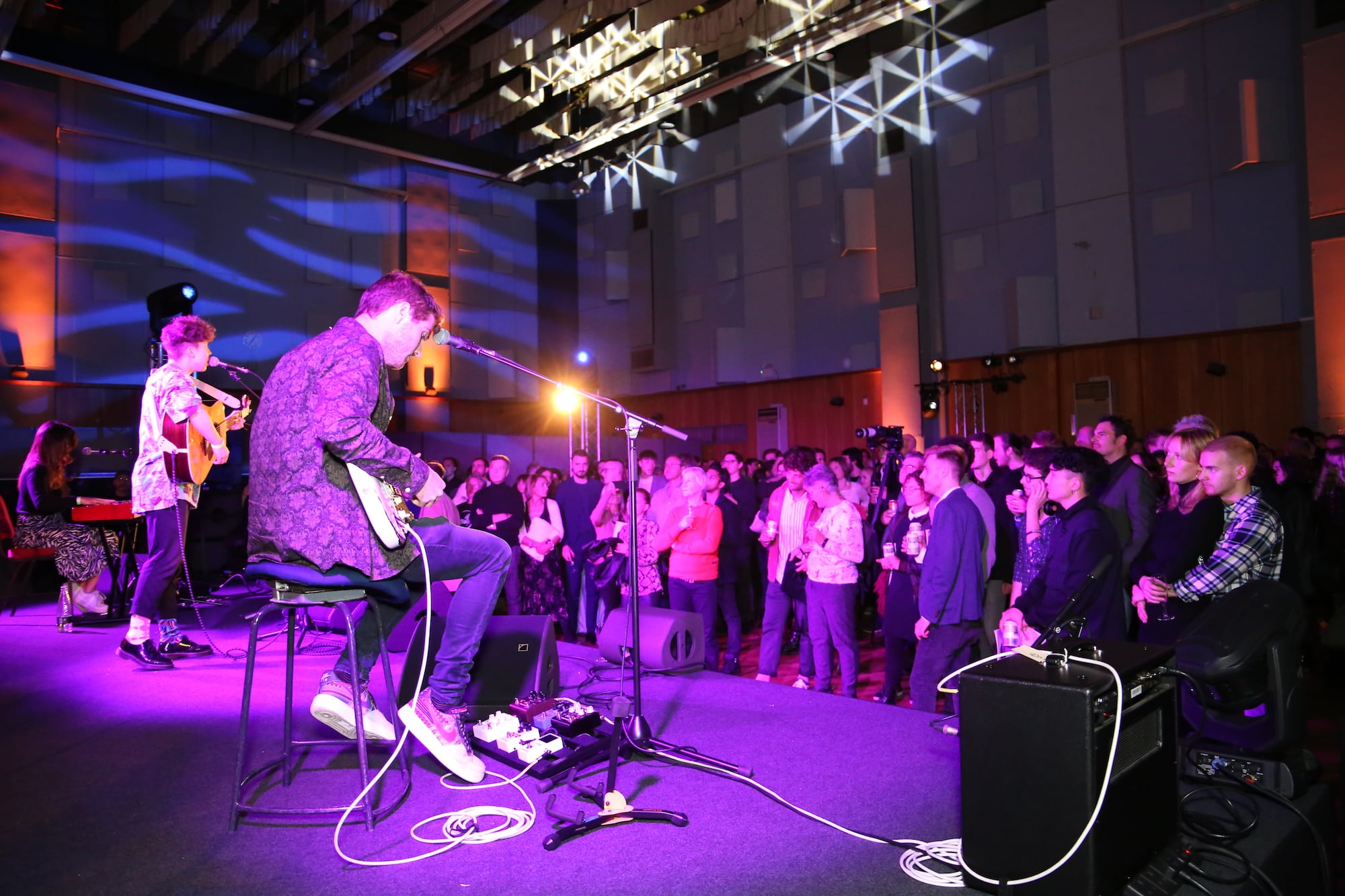 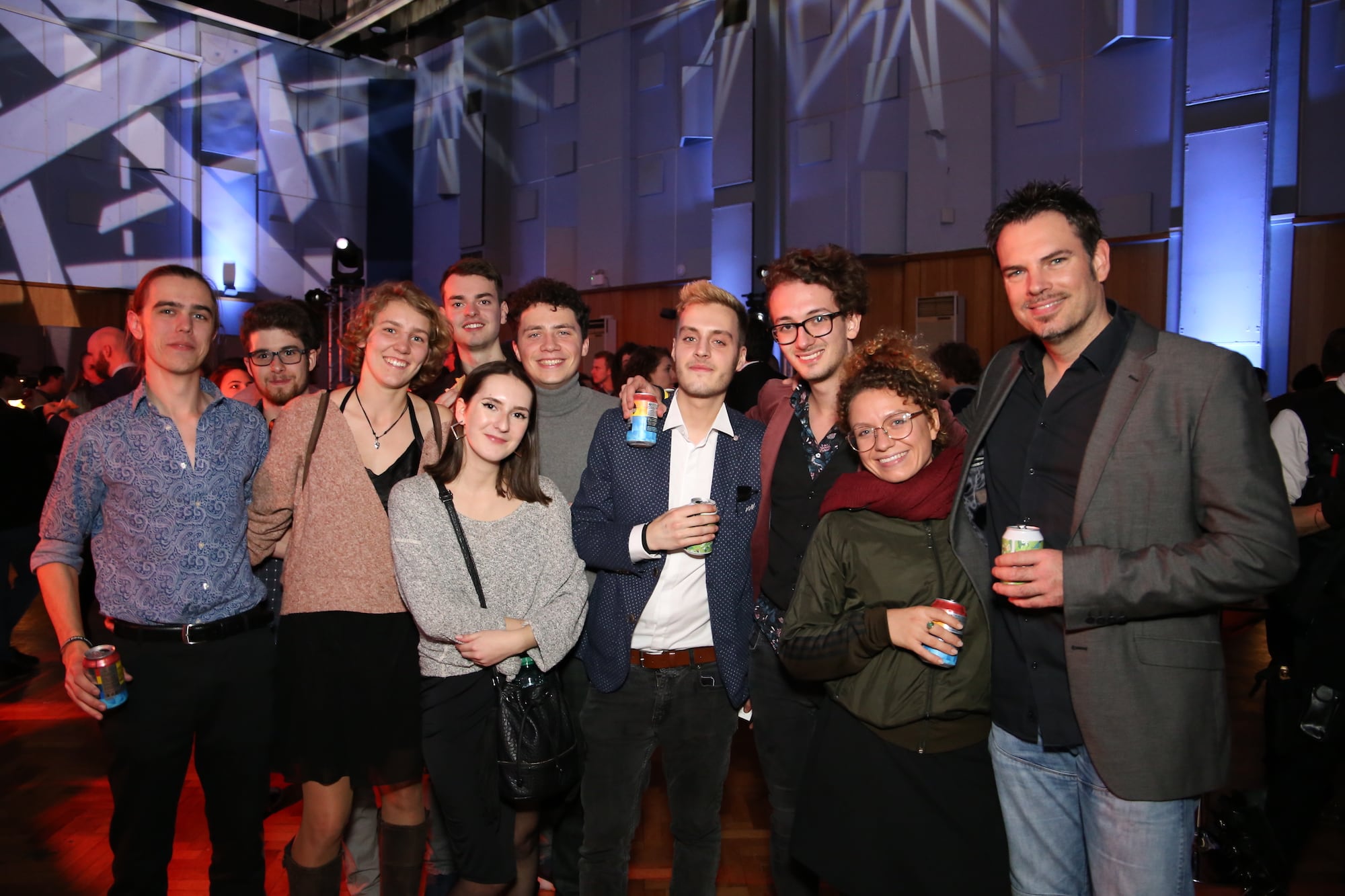 It was a memorable event! We want to congratulate all the graduates for this important milestone in their music career and wishing them all the best in their chosen pathways.

On behalf of the graduates from all of our schools, a huge thanks to all alumni, families, friends, industry guests and the team at Abbey Road Studios for a fantastic celebration. We’ll be following our graduates closely, so stay tuned for more inspiring stories!

Head over to our Facebook page for the Global Graduation photo galleries.

Want to know what our graduates are doing? Check the ‚Meet our Alumni‘ series here.