Here is another episode from our new series called “Meet our Alumni”, in which we interview graduates from our Abbey Road Institutes in Germany and ask them about their experiences. This time we talked to the upcoming producer and engineer Constantin Carstens, who has started working in a studio that is home to electronic producer giants like Mouse on Mars.

I started an internship at Bewake Studios this October in Berlin. The studio complex consists of several studios for recording-, mixing- and mastering purposes and the project studio of the electronic music duo Mouse on Mars. At the moment I am assisting whenever and wherever I am needed in any of the studios. But this isn’t only restricted to the work at the studios. I’m also joining the team at concerts to help them set up everything. Of course, I am also dealing with typical “intern tasks” such as tidying up or making coffee. Anything that helps to keep the workflow up. A couple of weeks ago I was actually handed the keys for the studios and got permission to use the facilities for my own projects whenever there is no session going on. Since then I’m basically in the studio 24/7.

How much time do you spend on your own music compared to the studio work as an intern?

I try to keep it a good 50/50 balance to make it fair for both parties and because I did not start this internship to only focus on my own projects. I really enjoy the work approach they have in the studios, I can really relate to it. It’s all about the craftsmanship; creating music with passion, everything else comes along naturally. This is why I love working here.

Could this 50/50 approach between your own projects and studio work be a long-term solution for you? Or would you like to focus on one of them sooner or later?

I’m convinced that nowadays as a musician you can’t just stay on one track. I know of many artists who are regularly touring big clubs in Europe but are struggling to pay their rent and cover all the studio costs. In reverse, this means that I need to work really hard on my mixing skills to become really professional. Meanwhile, I will always find the time to work on my music. One does not exclude the other.

Can you tell us something about the projects you are working on at the moment?

I was able to finish two EP’s in the last two weeks that I am very satisfied with. It’s just so much fun working at the studios, it almost feels like I’m constantly finding myself on a playground. Such a great selection of outboard gear there from the ’80s and ’90s, cabinets full of synthesizers! This makes it so easy for me to be creative over there. I am also trying to build my own studio in the meantime, which turns out to be a long term project as I am spending so many hours at Bewake Studios now.

How did you actually get in touch with the studios?

Actually with some help from the Abbey Road Institute: our academic coordinator Stefan Weiser informed me that he had been contacted by a label that is looking for young, upcoming producers. This label turned out to be in close contact with the Bewake studios. We got along very well during the first meeting and after graduating I came up to them and asked if they needed an intern. I’m really glad it all turned out this way. The studio is run by amazing musicians who have been recording many very successful artists lately, for example, the debut album of the Parcels. 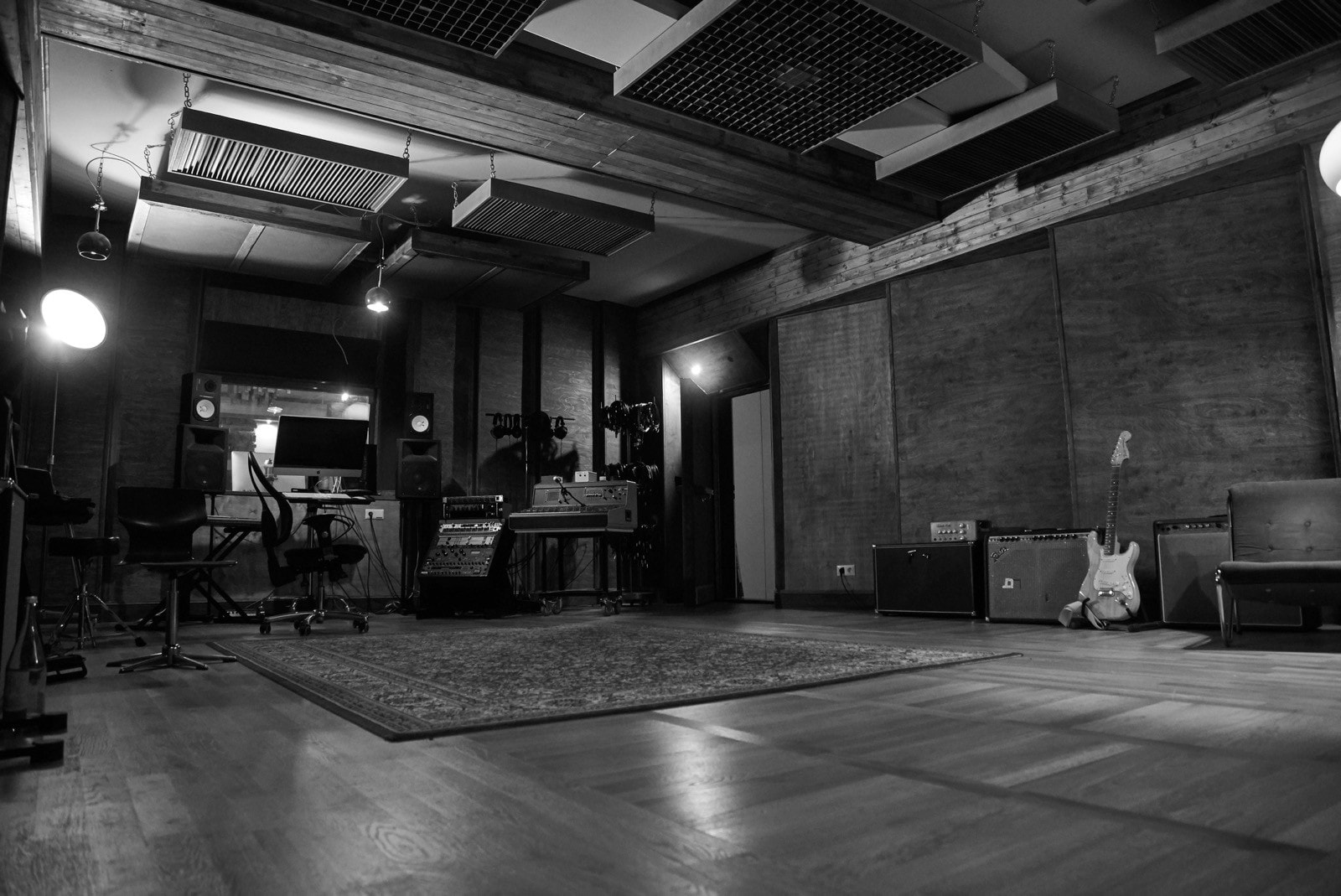 How was it at the beginning? Were there any situations where you felt “thrown in at the deep end?”

Yes, because I still lack experience. Although I had many recording sessions with other artists during my studies at Abbey Road Institute, it is something completely different to have a session outside of school. I also had to learn to deal with situations, in which the client is just not satisfied with my work but at the same not really able to communicate what he or she is unhappy with.

Do you still feel well-prepared for the business out there after your one year at ARI?

Of course, it takes some time to get used to a new studio to really understand how the signal flow works, etc. Also, in the Bewake Studios, nothing is labeled and everything is build up very different from what I was used to at Abbey Road Institute. However, the basic principle is still the same and because of the countless hours I spent there during my advanced diploma, I now feel well prepared during my internship.

Concerning my mixing and mastering skills, I now realise how much I still have to improve. Suddenly I am surrounded by musicians who have been working in the industry very successfully for the last 20-30 years and therefore are incredibly experienced and who have a completely different approach to music-making. This was intimidating for me at first but now I understand what an opportunity it is for me to learn from them. I realised that I have to find my own style and this will only be possible for me by having many more night shifts. Part of this is, for example, listening to songs for hours non-stop on the same pair of speakers in order to really understand how they sound. But all in all, I still feel well prepared.

And my last question: what was your personal highlight during your studies here at the Abbey Road Institute Berlin?

To be honest, every day was a highlight! I know this sounds cheesy, but it’s true. I have been making music every day for the last three years now. Being able to go into the studio every day, only focusing on myself and my music was and is a huge privilege. And then there is also being surrounded by the same people and by lecturers who always support you and help you take the next step. This was very special and only possible because of the small classes.

But I also dealt with the transition into the industry quite smoothly and I’m convinced many new highlights will follow. Soon we will have more recording sessions at Bewake Studios, which I am not allowed to tell too much about at the moment. To be able to look over the shoulders of producers like Mouse on Mars during those sessions and having the chance to contribute something to their work myself is very exciting to me and something I’m really looking forward to whatever will come next.

Thank you, Constantin, for the interview and all the best for you in the future.