Meet our Alumni: Florian Brückl – Everything in our own time

We often receive the question, if and how our graduates are able to pursue a carrier in the music industry. Therefore, we have decided to create a new blog series called „meet our alumni“. In this new format, we are going to regularly interview our former students to find out about their stories and what they have been experiencing since their graduation.

First up is Florian Brückl, a singer-songwriter, guitarist and freshly-graduated music producer. Just a little over 20 years old, he has already made himself a name on the German music market by contributing a song to the album of German cult figure and singer Roland Kaiser. His recent graduation from the Abbey Road Institute in Frankfurt leaves him very optimistic about his future: “I would love to continue putting all my passion into writing and producing music“

After one intense year at the Abbey Road Institute Frankfurt you have now finished your studies. What do you feel when you look back on this time? Do you have a personal highlight?

The year went by so fast but I enjoyed every minute of it. First of all, I met so many creative people and I even had the chance to make music with them. Of course, there were also the lectures, where I learned pretty much everything there is to know about music production. A highlight for me was definitely working on the SSL 4064G desk, which is an extraordinary sounding piece of analog gear that I had only known as a software plugin before.

It is quite obvious that your whole life revolves around music. You play multiple instruments – which is your main one?

The guitar is my main instrument. I play the piano and the drums as well, but just well enough to capture ideas with the limited skills I have.

I know you are using different picking-styles using a thumb pick, which is rather unusual for modern pop productions. Where did you get the inspiration from to experiment with these kinds of styles?

Even before starting to write or sing songs I put quite some time in practicing acoustic guitar. I learned the picking methods, which are heavily influenced by traditional folk music from people like Peter Ratzenbeck or Ulli Bögershausen. Although my biggest role model when it comes to playing the guitar is still John Mayer. But there are also people like Bob Dylan, who inspired me a lot when it comes to creating a unique sound. He always seems to give simple musical ideas so much depth.

Lately, you have been working intensively on your songwriting skills. Back in 2017, you released your first EP “Alles zu unserer Zeit” (“Everything in our own time”). Who produced these songs and how was the workflow?

All the songs on my EP,,Alles zu unserer Zeit’’ were produced as acoustic versions by a music producer located in Frankfurt. This was a very intense and exciting time for me, as it marked the first steps of mine as a songwriter and artist.

You have already worked with renowned artists like Pivo Deinert and Nevio Passaro, performing with them in the studio as well as live. One of your latest gigs was even screened on German TV. How do you get these gigs? What is your approach to networking?

My network has been growing intensively over the last couple of years. Whenever I have got the time, I try to go to pretty much any event related to music. These events are the best way to meet new faces. Once you’ve met a couple of people, they will recommend you to other people as well, if they like you and your work. I have made many great connections like this. The gig on the TV show would’ve not come about if I had not met people prior to that, who introduced me then to other producers, artists, etc.

Together with Nevio Passaro and two other lyricists I wrote the song “Alles in Allem” (“All in all”) in the south of Italy. Luckily, this song was later picked for his performance on TV. 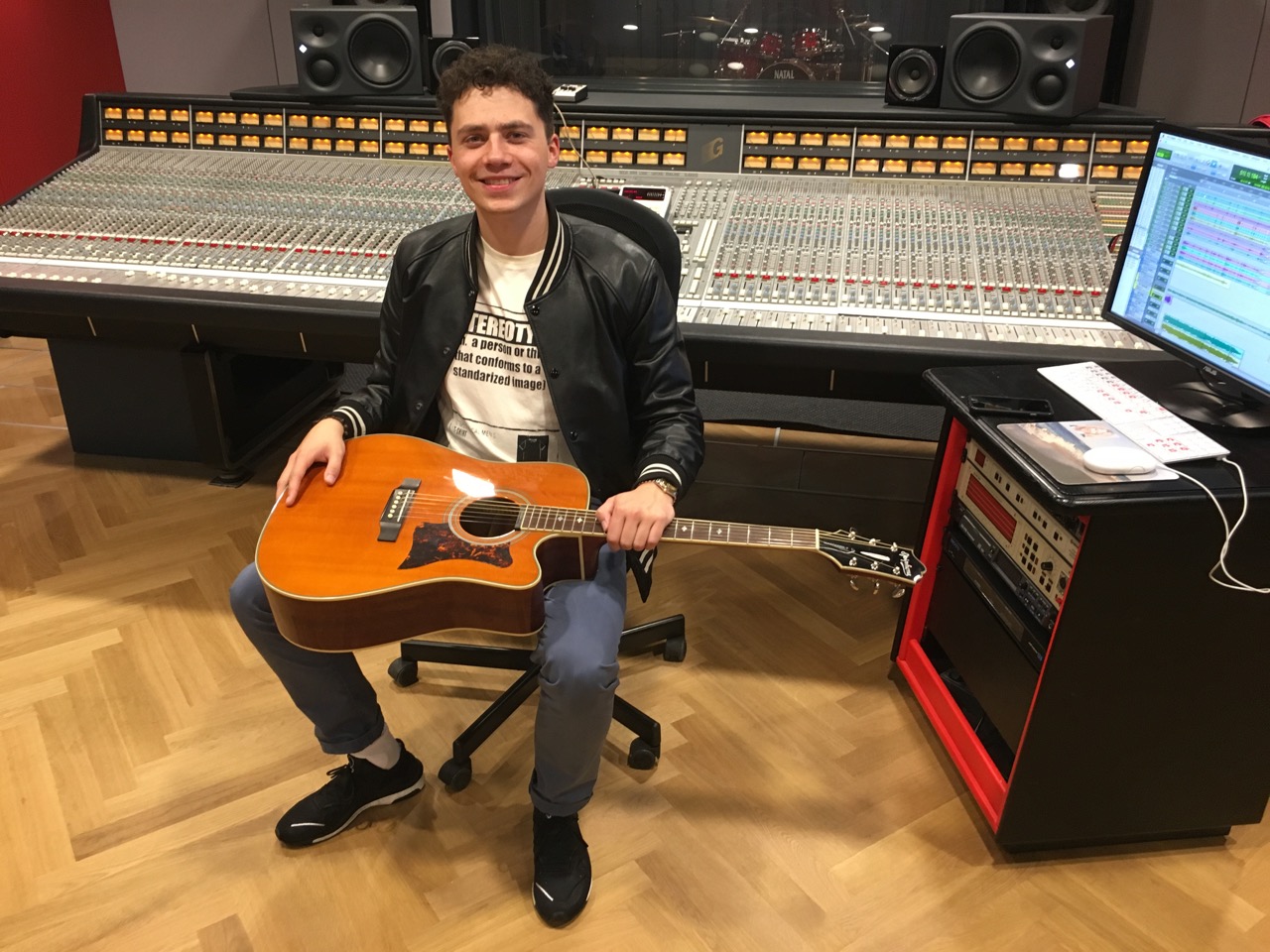 When looking at the German charts from time to time, one could not miss the name Roland Kaiser. You managed to successfully pitch your song “Rede und Antwort” to his producers for his new album “Alles or Dich”.  How did you get the chance to work with an artist that has already released 20 studio albums and has sold over 90 million copies?

To be honest, there was a big amount of luck involved for my song to be considered for the album. I wrote the song and sent it to a producer I know. He then sent it to a publishing company, which then played it to Roland Kaiser. Apparently he was fond of the song and recorded it. A couple of weeks later his version of my song ended up on number two of the German album charts.

How close was your demo version to the version of the song how we know it now?

The first version I did was just me singing and accompanying myself with the piano. The only other thing on there was a couple of harmonies. All of this was recorded in my room. The producer I sent it to then polished it up a little by adding electric guitars and a couple of other elements to better represent the vision of the song to the publishers.

Did you have any influence on the production process and what your song evolved into? Or were you just “surprised” with the final version?

All the production of my song was done by Alex Wende at Hansa Studios, Berlin. Therefore I only had an influence on the lyrics and the composition. I was in fact surprised when I heard the finished version for the first time – surprised in a very good way though. I was so grateful that the song made it onto the album.

Are there any current projects you are working on at the moment?

There was so much going during the last couple of weeks. Two of my songs ranked on number two of the German album charts. In Austria and Switzerland, I had even a number one! There are a couple of projects I’m working on right now, although I can’t really speak about it.

Where do you see yourself in a couple of years – in the role of a performing artist and songwriter or rather as a producer, working “on the other side of the microphone”?

I love to write music. At the same time, I enjoy playing my music and creating sounds just as much. Although I feel like songwriting will probably be one of my main jobs in the near future. Apart from that, I’m also looking forward to producing more music on my own with the skills that I learned at the Abbey Road Institute.

Do you feel like you learned a lot of things during your course in „Music Production & Sound Engineering“ that help your creative process nowadays?

Florian, I want to thank you very much for the nice conversation and I wish you the best for your future!