During the one-year program here at Abbey Road Institute Berlin we, the staff and students, welcome various successful producers, engineers and musicians to hold workshops. This one, however, would turn out to be a very memorable one, as it was held by Sylvia Massy. The multi-platinum producer and engineer is not only known for her impressing discography, including bands like Tool or Tom Petty & The Heartbreakers, but also for her unusual approaches when it comes to recording or mixing. Massy is a leading figure in the field of recording and therefore in a position where most of us aspire to be in one day.

The art of the unusual

For a whole day in June, we had the chance to have a look over her shoulder and help her record and mix the Berlin-based Band Black Heino. Introducing us to a series of unorthodox techniques that she came up with during the course of her career, creating the signature „Silvia Massy-sound „. Which would involve the use of a garden hose, Gouda cheese and a telephone – things you wouldn’t normally encounter in a studio environment.

But we’re getting ahead of ourselves…

Garden-hose-delays and other happy accidents

The day started off with the rather tedious but important step to get the drums set up and tuned. Sylvia Massy didn’t hesitate to take things into her own hands by cutting a dead ringer out of old drum heads to get her desired sound.

Things got really interesting for us once she pulled out a box filled with everyday things out of the corner. She explained to us how a generic garden hose would serve us to achieve a drum delay without splashy cymbals by taping an SM57 to one end and sealing the other one.

Her general microphone preferences revealed a surprising amount of „budget „microphones. When asked, she underlined her opinion that gear or rather the lack of it shouldn’t stop you from producing music. It comes to know your tools and using them creatively. For instance, she showed us how to turn that old telephone you still have lying around into a „character „microphone, which we would use to record drums as well as vocals later that day. 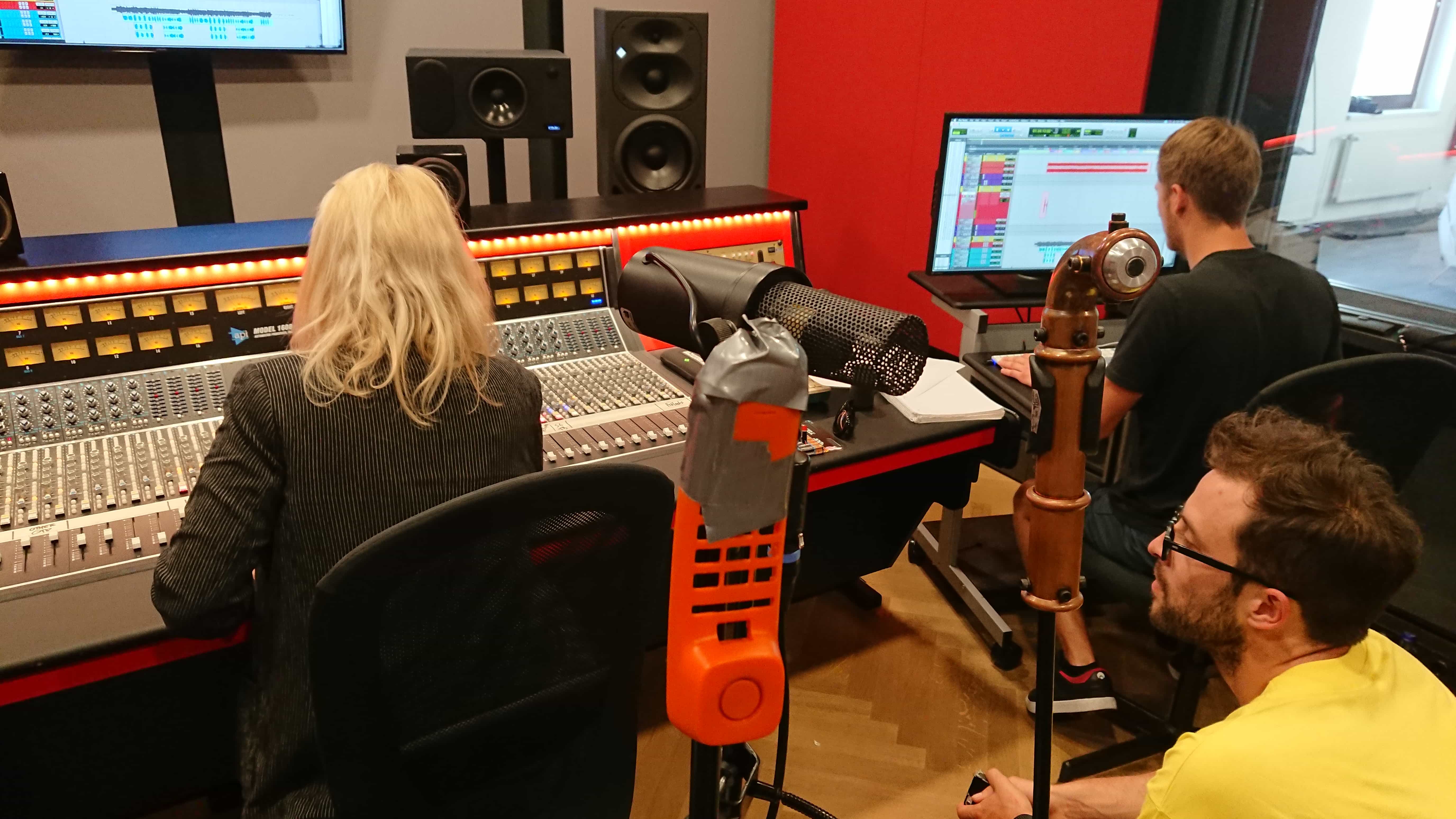 For her, giving productions a certain character helps clients to recognize your work and in the best case will be the reason for you to be booked. In any case, Sylvia Massy encouraged us to think outside of the box.

„Turn off the cheese, so we can hear the hose „

For her, the outside-of-the-box-approach also applies to her mixing procedure as she mainly mixes on analog gear. The recorded tracks of the rock-session that day included an electric guitar that was run through cheese to get a squeaky fuzz sound.

This also resulted in an unusual discussion about what cheese might be the best-sounding of them all. Turns out, Sylvia’s choice is Gouda – Apparently because of the high amount of salt in it. As she told us, this trick is one of her favourites, apart from a similar approach, where the cheese is replaced by a light bulb. Luckily for us, we had the time to try it out as well. Not so lucky was one of our tube-based amps to blew up in smoke. That happens when you experiment. 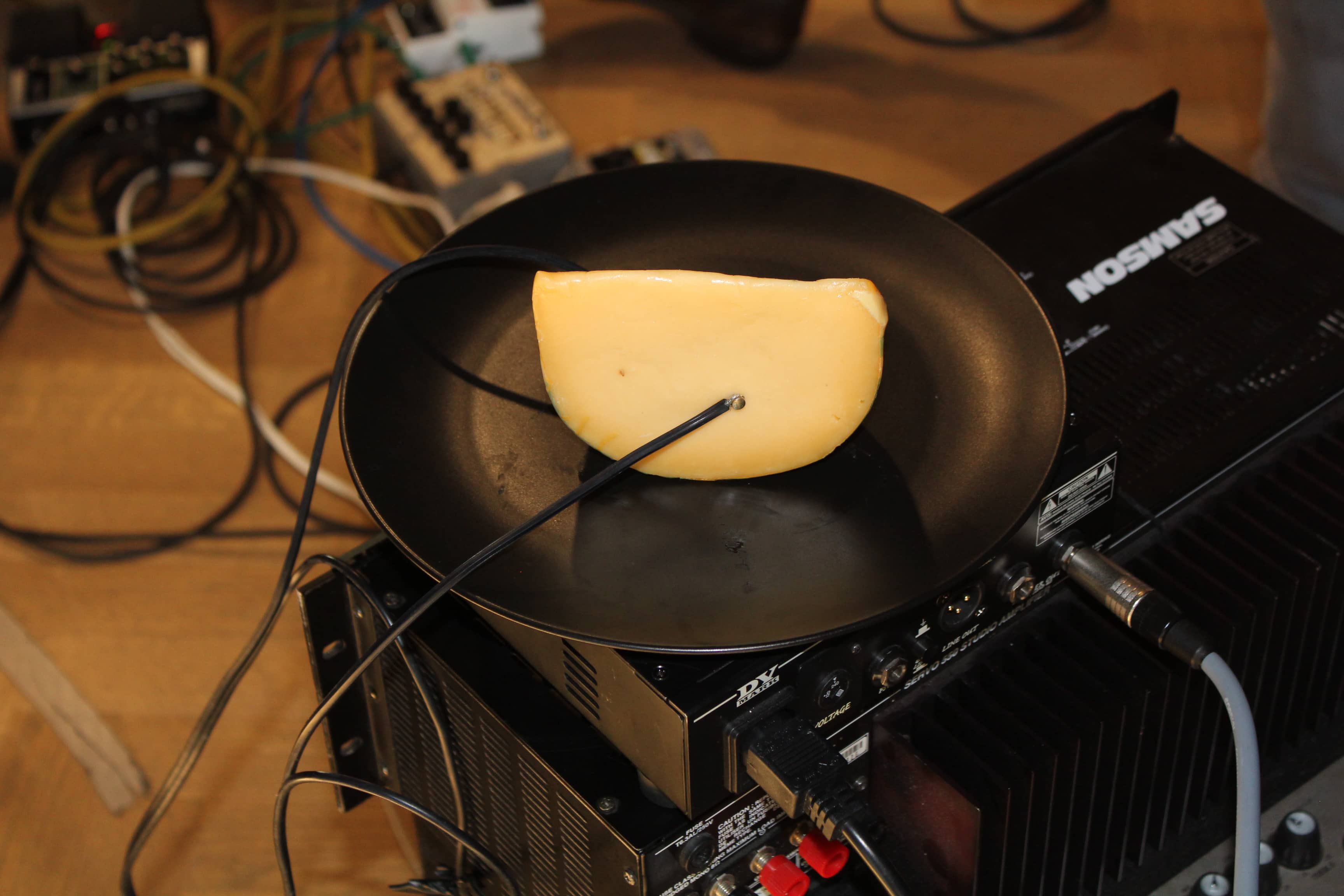 As strange as the concept of a telephone, a garden hose- and periscope (with a built-in compressor) – microphone for drum recording sounded when we got to the control room to let Sylvia do her magic on our API console, we were all blown away by the massive sound coming through the speakers.

If it sounds good, it’s good

The sheer enthusiasm of Sylvia when mixing made it very easy for us to participate in the whole process, to the point where some of us where actually asked to help her with the outboard gear we have in Studio 1. In the age of digital audio where a big part of the process is happening visually on a screen, it was very refreshing to see Sylvia work the way she does: if it sounds good, it’s good – no matter if your rationality would usually tell you not to use 30dBs of gain reduction.

The day would end with two hours of overtime, which no one seemed to notice really. Time flies by when do things you like – and on this day everyone, students as well as staff, was reminded again what the purpose of all the theory and training is useful for: to produce music, getting caught in the moment, leaving behind the physics and formulas and following your intuition in the studio.

You can confidently say that every one of us learned something this day, some students in particular. The following day all the items we used in the workshop were re-used in multiple session by the students, bringing a new colour to their palette of recording techniques. It’s safe to say that Sylvia Massy not only profoundly impressed all of us but also definitely left a mark on all our future production. 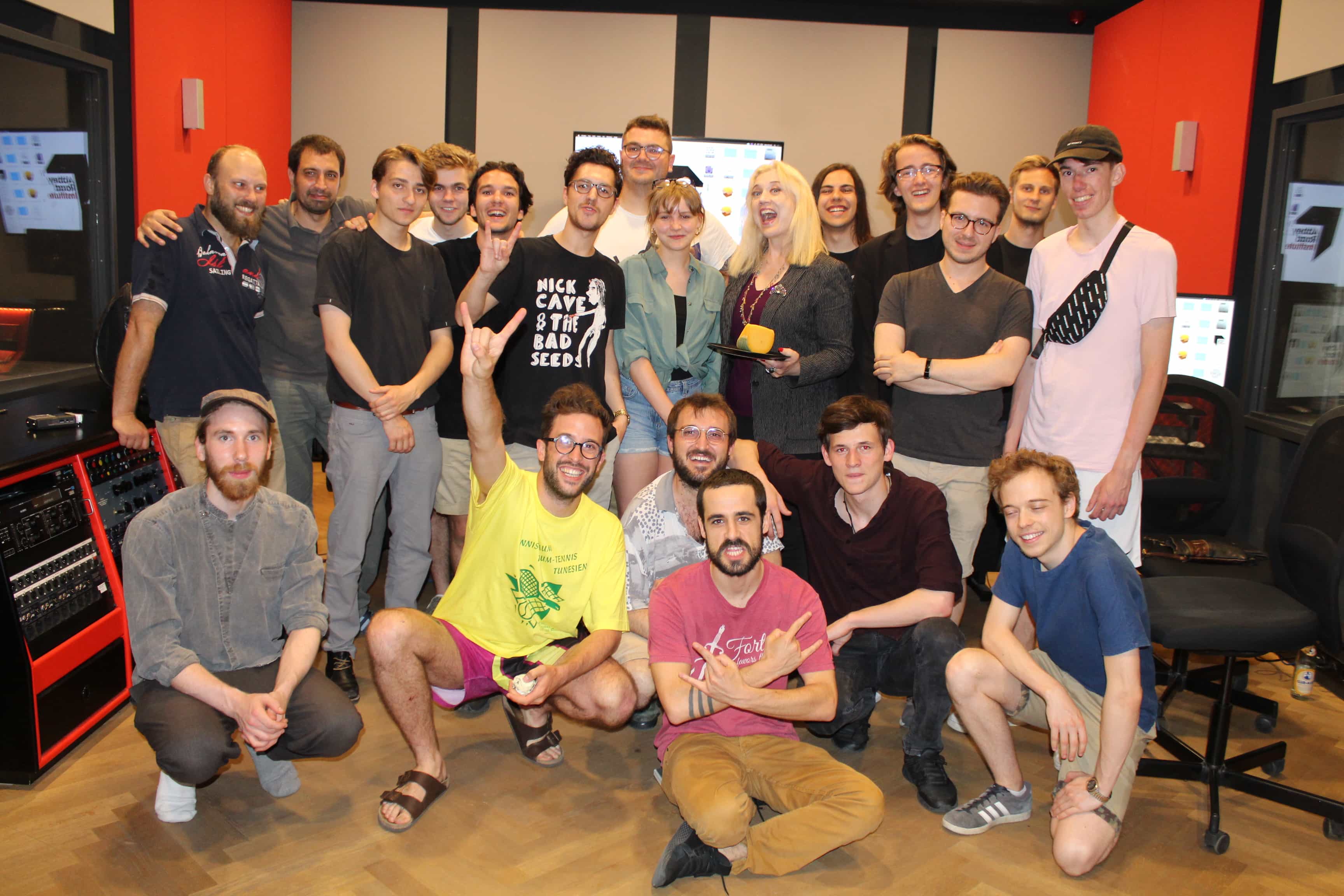 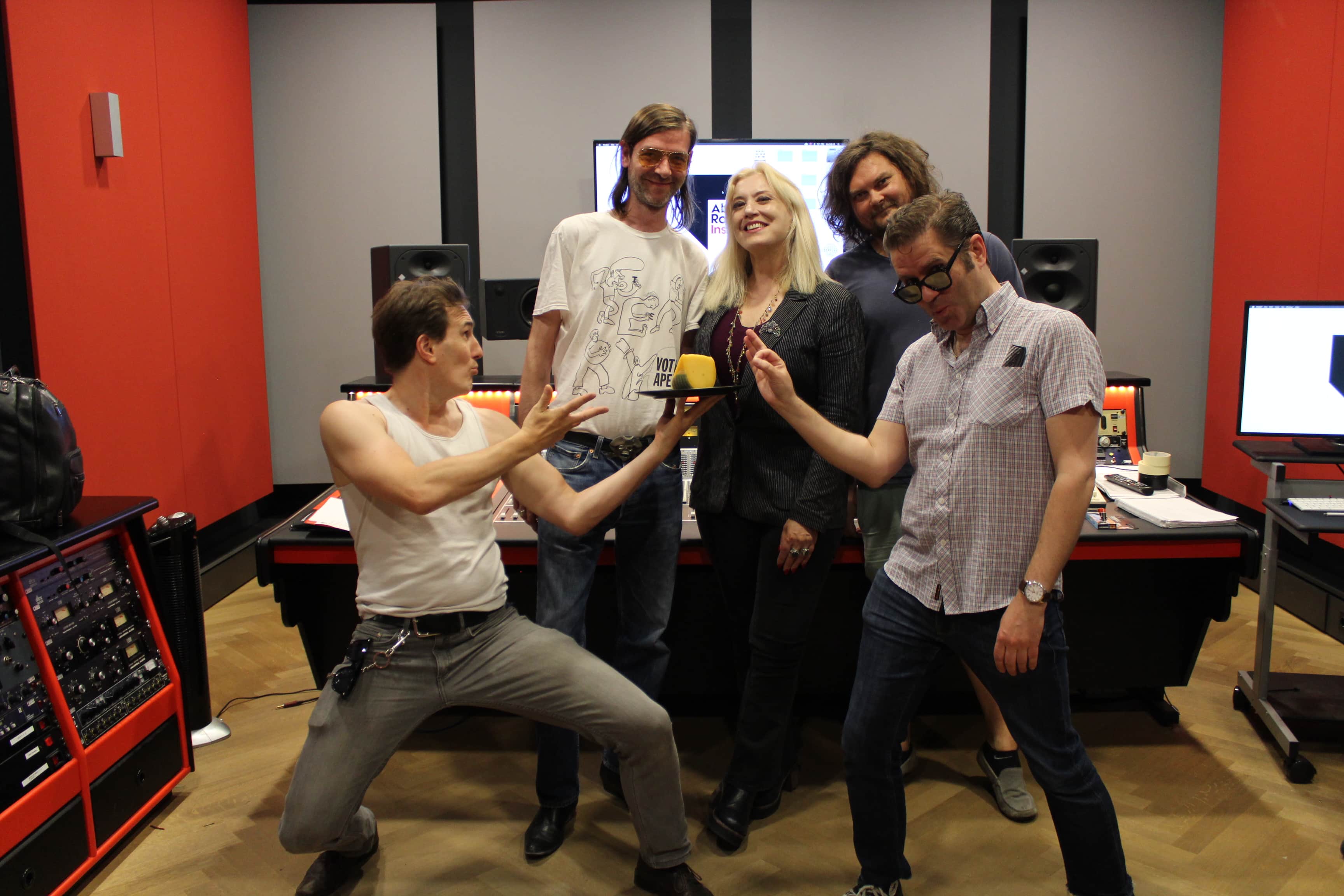