One again we are actively participating in the Guitar Summit in Mannheim. From the 7th to the 9th of September, we are giving lectures on bass and electric guitar recording as well as studio production of singers/songwriters in the “Studioszene” area. We are also bringing along YouTube guitarist Jassy, aka JJ’s One Girl Band, who demonstrates live how she produces videos and answers questions. And there is something to win.

Lectures on “Recording” with Ulli Schiller

Ulli Schiller, head of the Abbey Road Institute Frankfurt, is on the podium of the „Studioszene“ (studio scene) on level two for a total of six times. The trained electrical engineer has been working in the studio and audio sector for over 40 years, including several years as a sound engineer in various studios. He has also worked a lot in the live area, with Jonas Hellborg, John Scofield, Jack De Johnette, Peter Erskine, Bill Frisell and Ginger Baker amongst others. For many years now, Ulli Schiller has been passing on his sound engineering experience to young people, many of whom are now well known and established in the audio sector. 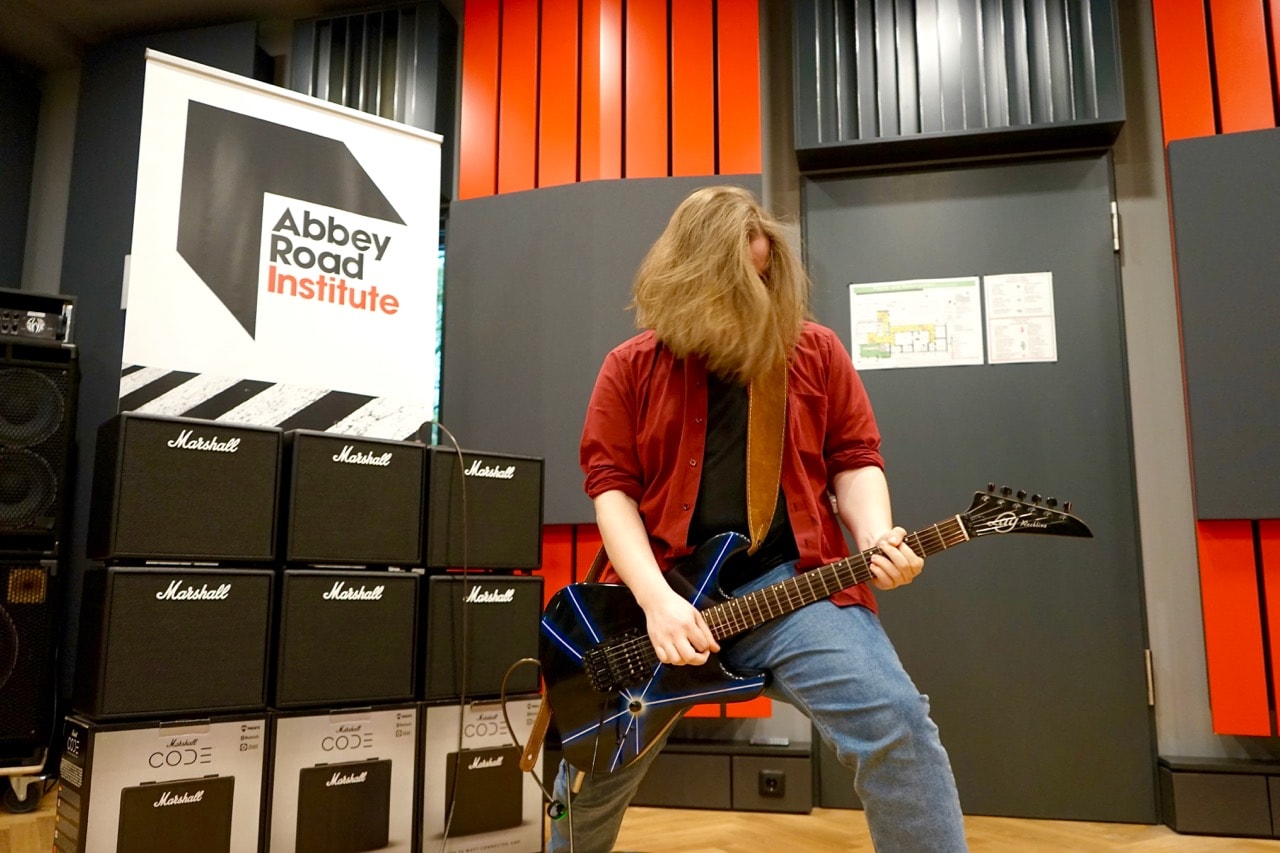 Electric guitars not only want to be played well but also professionally recorded. Ulli Schiller gives tips in his workshops.

The bass plays an extremely important role in music production which is why Ulli Schiller deals with these topics in his lecture:

The workshop is aimed primarily at beginners in the field of home recording. But even advanced students can get interesting impulses for domestic productions.

A glance at the national and international music scene reveals that in addition to all the trends in underground music, the market is teeming with numerous singers/songwriters and storytellers again. In the US, this genre has never really lost its importance. Especially artists in the modern country sector such as Keith Urban or Trisha Yearwood, are currently celebrating incredible success. Also even here in Germany there is a lively acoustic guitar scene, songs with German lyrics – to some extent in remarkable quality! This workshop deals with the production methods of this genre.

The electric guitar – recording procedure in the studio

The electric guitar has played an important role in many music genres over the past 6 decades. Over the years, sounds, techniques and thus, our listening habits have changed constantly. In this lecture, Ulli Schiller devotes himself to various techniques for recording electric guitars in the studio:

This workshop is aimed both at beginners in the field of home recording as well as accomplished guitarists.

Over 150,000 followers are listed on Jassy’s YouTube Channel, aka JJ’s One Girl Band. With her covers, own songs, gear and fun videos, Jassy, born in the German town of Fulda, has managed to assert herself in the highly competitive metal scene on YouTube. Jassy is also a guitarist for the melodic metal band Oversense.

The Abbey Road Institute presents the lively guitarist on Saturday, 8.9.18 and on Sunday, 9.9.18, at booth 238 on level two. On both days, Jassy will perform an audio recording to a three minute backing track including recording of her action on several cameras at 1.30 p.m. and 3.30 p.m. This is exactly what Jassy usually does for YouTube.

At the same time she will reveal a lot about her audio equipment, such as the guitar amplifier software she uses and various floor effects. The explanation of her video techniques should be interesting for guitarists who would also like to start their own YouTube channel. 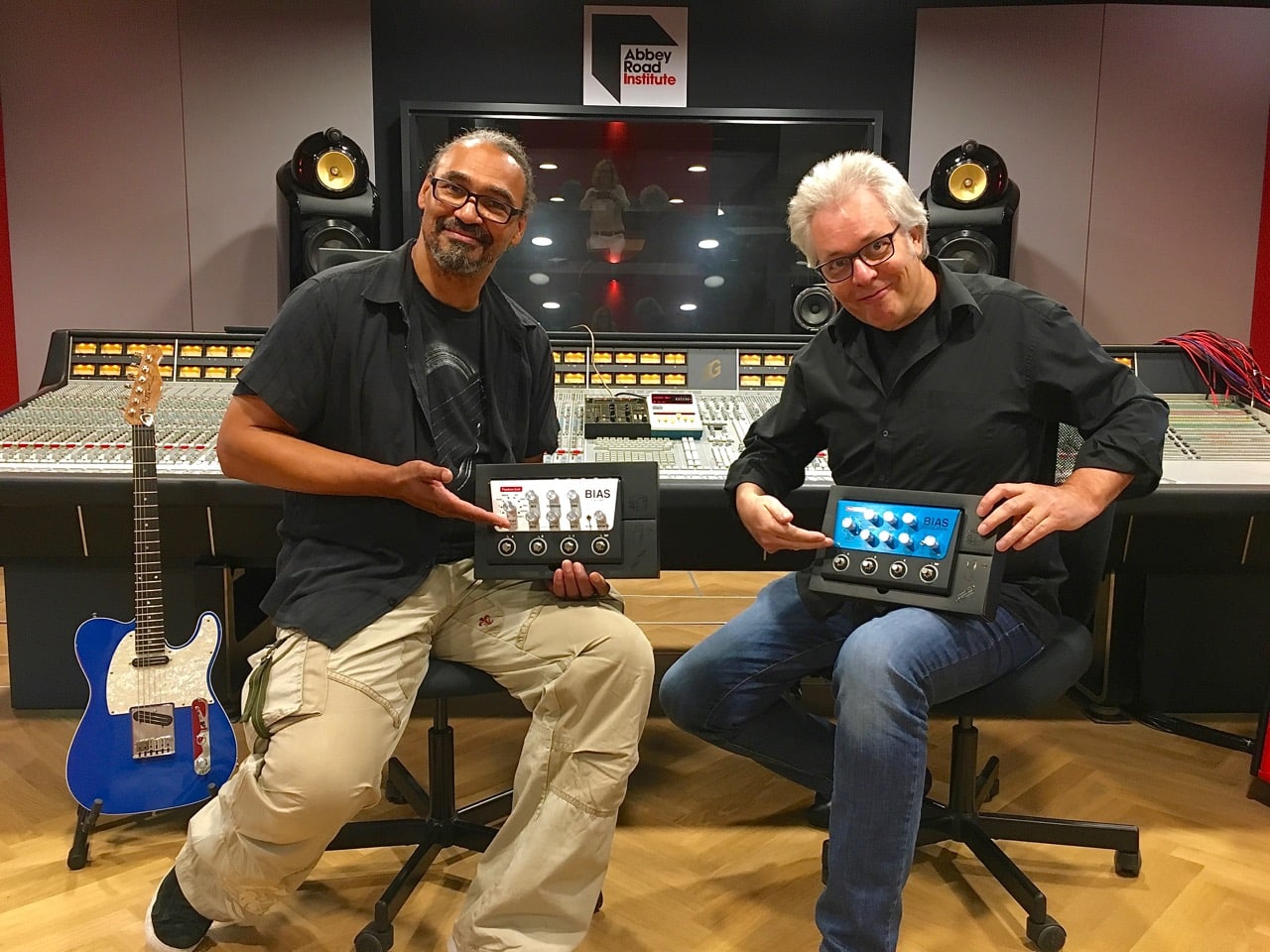 The winners will be drawn on Saturday and Sunday at 4:30 p.m. 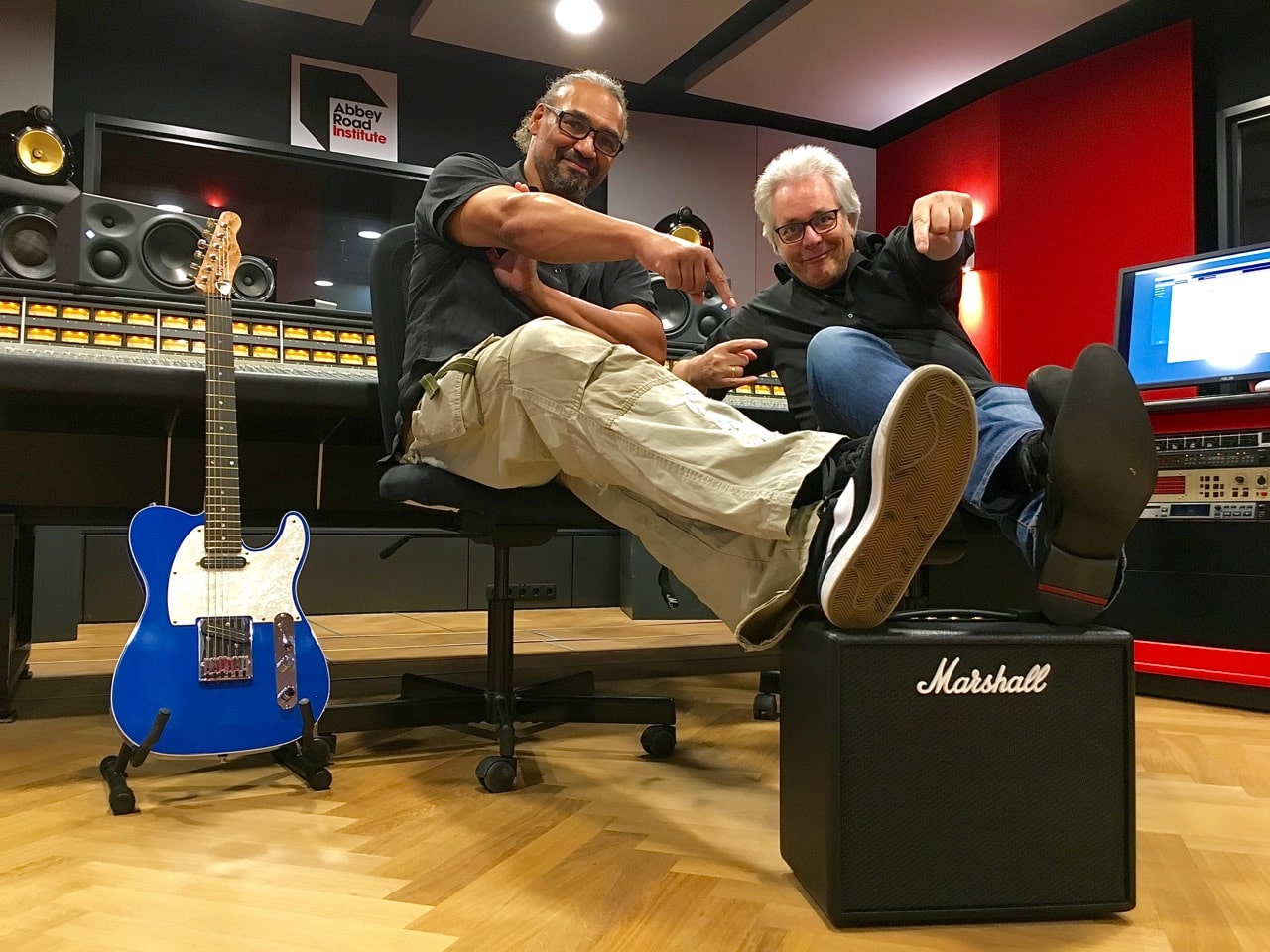 Ulli Schiller and Walter Hauschild of the Abbey Road Institute Frankfurt guarding one of our prizes – a Marshall Code.