Matthias Ringleb (aka Slim Pharao), beat producer and graduate of the Abbey Road Institute is living his dream. One year after his graduation the 20-year-old produces beats for famous American rappers like Lil Skies, Lil Durk and many more. In the following interview, he gives us an insight into how he managed to achieve this and describe the experiences he made at the Abbey Road Institute Berlin.

Matthias, you graduated only one year ago. What has happened to you musically since then?

At the beginning of the year, I made a trip to the US and tried to get a foot in the door of the hip-hop scene there. I managed to get some collaborations with smaller, unknown artists. Then, a few weeks back I had my first major placement with Lil Skies, for whom I contributed the beat for his song “Magic“. This has opened many new doors for me and I’m really looking forward to whatever the future may bring.

You just mentioned the song “Magic” you did with Lil Skies. EA placed this song on their newest video game “Madden 20”, which is one of the best selling video games in the world. How did that come along?

Skies’ manager made it all happen. After I sent Skies the beat and he recorded the vocals, EA came to me and asked if they could use it for their soundtrack. Of course, I considered this a huge honour and it also made a childhood dream of mine become reality. I’ve always loved EA games and to be a part of it myself feels incredible. 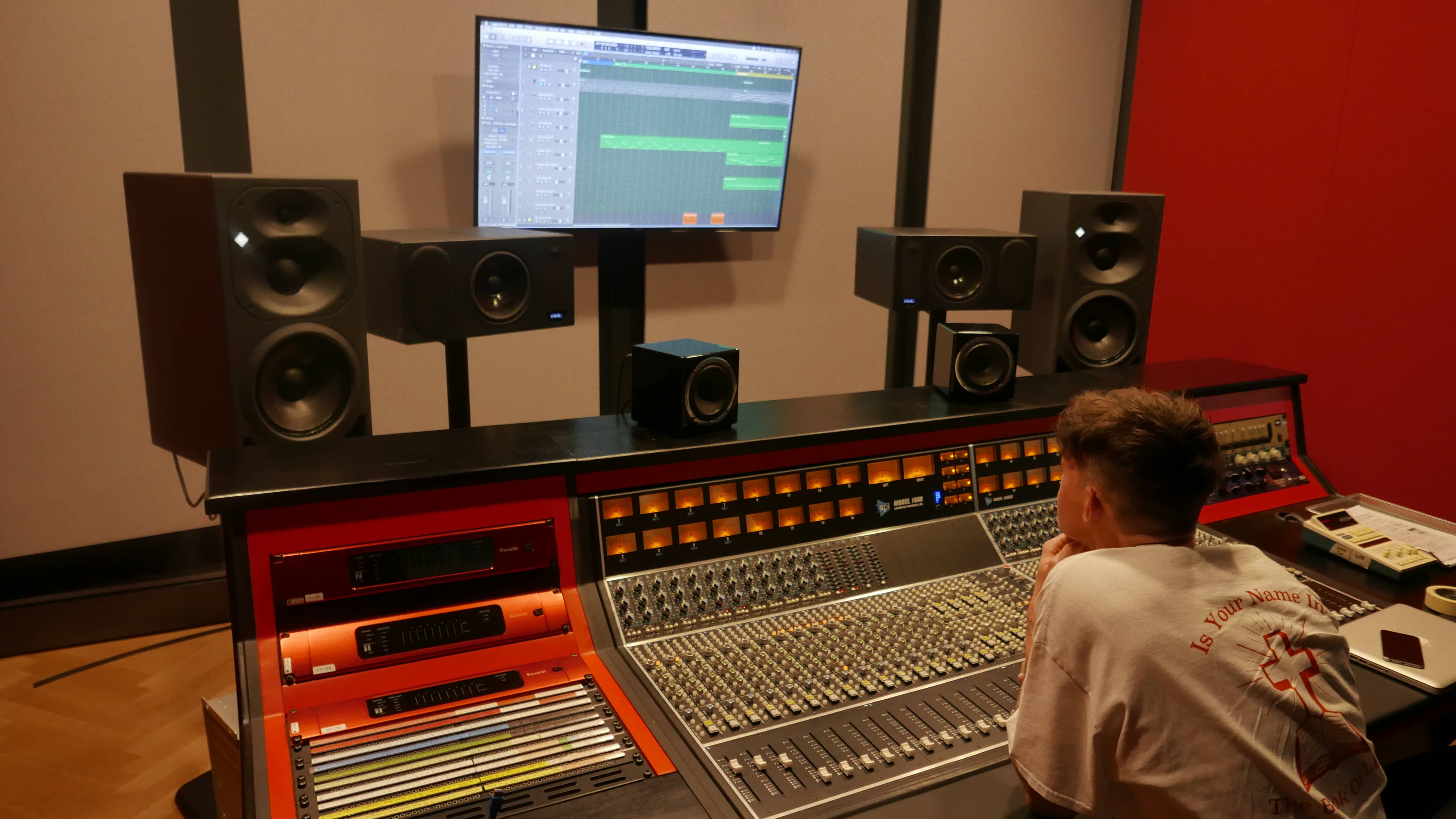 Did you have the feeling that the Abbey Road Institute prepared you for the music industry?

Yes for sure! One of the first things that come to my mind is that my mixing and mastering skills were much lower than they are now. Another thing is the business module, which really helped me a lot, without it, I would have drowned in all the different contracts you run across in the world of professional music. And the support by the Institute didn’t stop with my graduation: our business lecturer Christoph Rinnert for example still helps me out with the declaration of work for the GEMA (German society for musical copyright enforcement).

Are you still in contact with other lecturers or fellow students?

Yes, we have built up a strong network during the one year program, which is very helpful now. If I run across any obstacles in the music world, I can just ask one of my former lecturers and I’m still in close contact with some former students, sometimes to work on each other’s projects, sometimes just to hang out.

Nowadays we encounter more and more of so-called “Laptop-producers”. What was your approach to stand out from the masses?

What really came in handy were the mixing skills I picked up at the Abbey Road Institute. Since then, my songs have sounded cleaner and more market-ready than a lot of songs from other producers in the genre. Many younger, more unexperienced beat-makers out there tend to send out beats that are badly mixed or not even mixed at all. This, together with the very oversaturated supply on beats we have out there, it is becoming more and more difficult for people like these to promote their music. Furthermore, I’m convinced that nobody is ever finished learning and that it’s essential to keep on working hard in order to become the person you want to be. If you get too comfortable, other new upcoming producers will overtake you in no time.

I also find it very important to have a personal connection with the artist. It’s something completely different to work with somebody in person or just over the internet.

You had already been determined to become a beat producer before you started your course at the Abbey Road Institute. How important do you think it is to find a niche in your genre?

As you already said, I knew exactly what I wanted to focus on beat making. It has never been my goal to be the very best in all the fields of music-making, for example as a recording- or mixing engineer. I wanted to focus on my strengths, especially because I just enjoy programming beats so much.

I believe it’s much easier to become successful once you find yourself a niche in a genre. This definitely helps you to get started and make yourself a name in the industry.

What comes next for you? What are your plans and goals for the near future?

I will continue working with Lil Skies, soon our second single is going to be released. One of my goals is to have a track on his upcoming album, which has high potential to hit the charts, like his previous two albums. I also set myself the goal to have a song that reaches the charts and to achieve a gold record. I know these are high expectations, but I believe I’m on the right track! 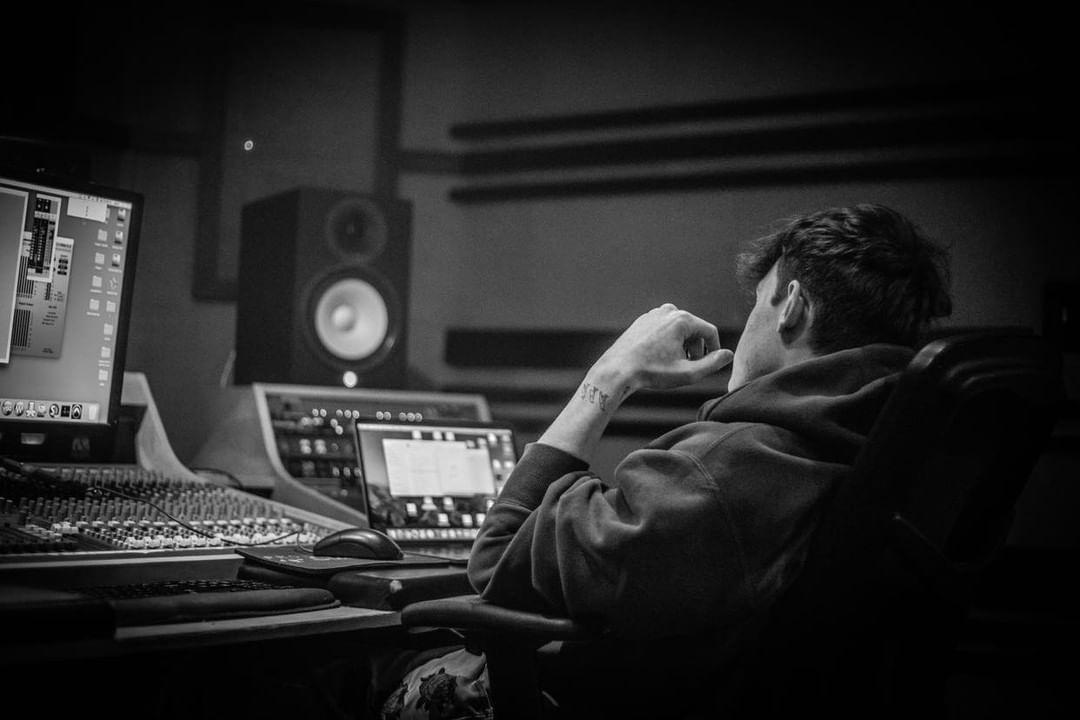 And my last question to you: if you could go back two years, would you still decide to do the course at the Abbey Road Institute?

Absolutely! I would say the diploma was like a short cut in my career, it sped up everything. If I had done it all by myself it would have probably taken five to six years to reach the level that I have now. And I still would not have learned as much as I did during the one year program. Of course, you also need to continue to stay focused and work hard even after the course ends but the Abbey Road Institute gives you a great kickstart. Your transition into the music industry is just so much easier after you graduated. Therefore I would do the program again, 100%!

Thank you very much for the interview, Matthias. We are certain that we are going to hear a lot more from you and wish you all the best for the future.