The Abbey Road Institute, Berlin could hardly have found a better head coach. Stefan Weiser completed his studies as a sound engineer and also studied pedagogy, jazz piano and drum set with a focus on music theory and composition. Amongst others, he was co-producer of Sascha Weisz (DJ Megablast), assistant to Daniel Wehr in LA and freelance composer for artists such as Defex, Milou, Telekollegen, LuvLite and DAWA in Berlin, Vienna and Ibiza. But what kind of a guy is it that is so appealing to the students in Berlin?

If you would like to experience the famous Viennese humor as a pure culture, you should visit the Abbey Road Institute in Berlin! Because that’s where it can be experienced. Stefan Weiser is not only a trained sound engineer (University of Music in Vienna), educationalist (Josef Hauer Conservatory Wr. Neustadt bei Wien) with a penchant for jazz piano, but above all, a cool guy. When I saw him for the first time, he was sitting behind a drum set, playing with his whole body strength and expression of professional heavy-metal grooves. I just thought, “What a crazy guy”. What followed was a polite welcome in Viennese slang and an introduction: “Servus, we don’t know each other yet. May I introduce myself, I am Stefan Weiser from Berlin, well, actually from Vienna.” “Oh, he is nice, as well”, I thought to myself. And it is exactly this mixture of professionalism and friendliness that makes him so popular with students.

“It’s important to me to challenge but also encourage the students,” says Stefan Weiser, describing his own attitude towards his work. This is not only to teach future music producers and sound engineers in Sound Theory, Acoustics, Decibels, Metering, Synthesis, Sampling, Ableton Live and Logic Pro X, he also wants to teach them the necessary soft skills that matter in the industry. “Etiquette and conscientious work are important to me in my daily work. This means that, for example, supposedly secondary activities such as rolling up the cables have to be done properly.

Likewise, young people need to understand studio etiquette, being polite to one another (not just in the studio), willing to learn, and above all, to not feel too proud or good for any task. If you think you can start your career as a star engineer, you’re very wrong.”

A main point of contact for the students as head coach.

Stefan Weiser sees his job as head coach less as a profession than as a vocation. He really enjoys the work. He supervises the correct adherence to the curriculum, organises lecturers and is the contact person for the students’ various issues and questions. This is very varied, ranging from tips on equipment, to answering open questions from lessons and lectures to one or the other case of psychological mentoring. But, above all, the practical support is in the foreground. “Our training is extremely practice-oriented, which means that students immediately put everything they learn in their theoretical lessons into practice by way of exercises and their own music projects.

“We work according to the principle of Progressive Continuous Learning (PCL). This means that a thematic area is viewed and developed by different aspects in various subjects within a week.Our lecturers are closely networked and thus, refer to each other in the lesson units and subjects. In the first two months, we begin the Monday of each week with a historical view of another decade of the recording history of Abbey Road Studios. Recording and instrumentation techniques as well as artists and producers are examined in an overview. A closer approach follows, for example, in the second week of lessons on Tuesday with sound theory and on Wednesday with the electroacoustic equipment knowledge: Equalizer. The knowledge gathered in the first three days of the week are then merged into a mixing exercise on Thursday in the Pro Tools lessons. Since the historical consideration in this second week deals with the year 1940, all exercises are, accordingly, in mono. As regards completion of the tasks, I’m very meticulous. I help, but the students have to do it themselves. After all, they should learn as many practical skills as possible. That only works if they also practice a lot and work hard on themselves.” 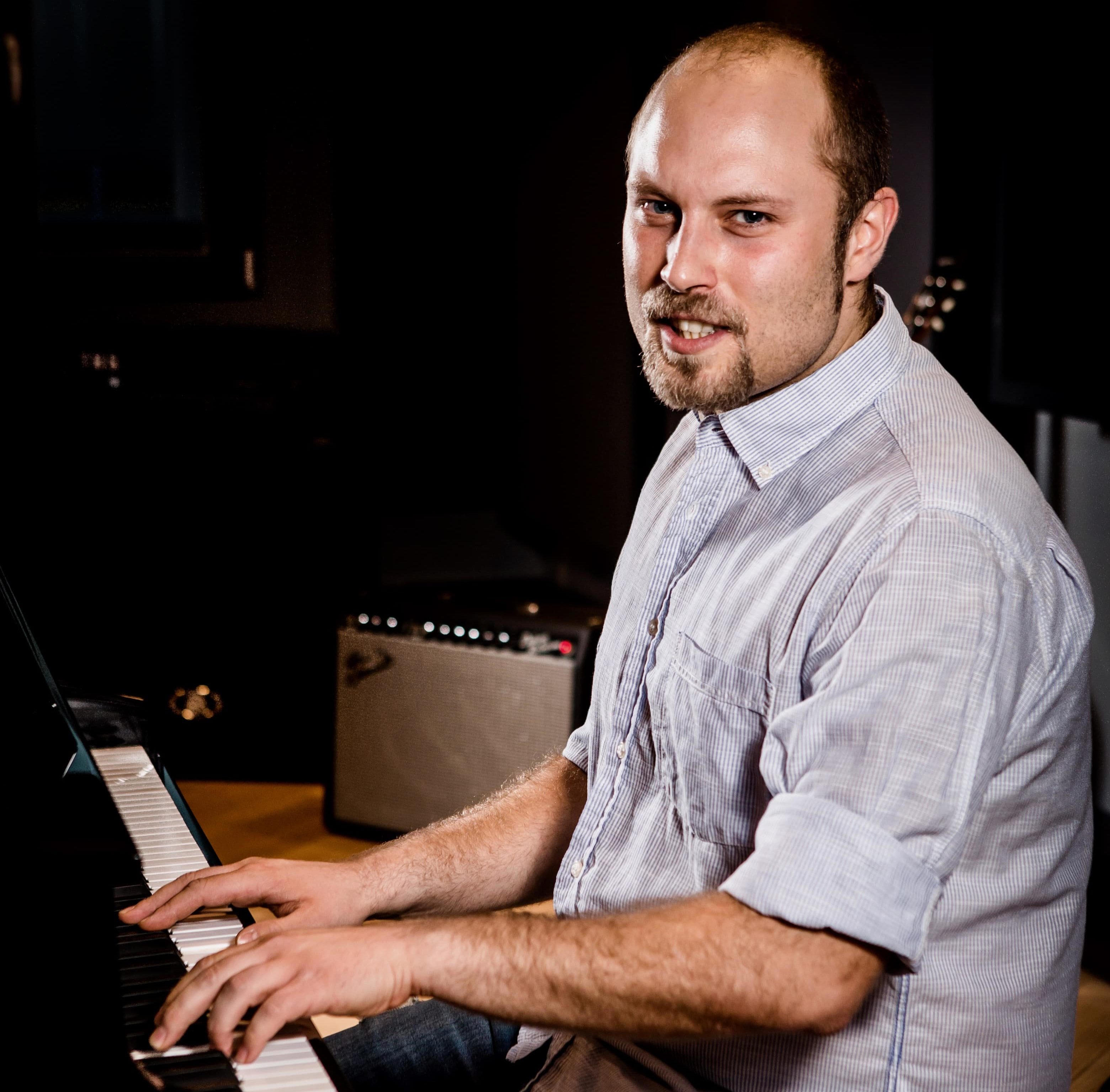 Stefan Weiser regularly dashes from one recording studio in the institute to the next. There are three studios in all. In (analogue) Studio One there is an API 1608 32 channel, in the (digital) Studio Two an Avid S6 desk, in (synthesizer) Studio Three the workstation with instruments and controllers from the manufacturers Novation, Roland, Moog, Roli and Ableton and in Studio Four (writing suite) a Production Booth with iMac 27″, 8-channel Focusrit-A / DD / A converter, 88-key keyboard and PMC speakers. Studios One and Two each have their own recording room. Everywhere cables are wired, microphones are tested, music is made, recorded and mixed. “You have to be flexible and able to quickly switch from one topic to another,” he grins. He also likes to take on the job if a drummer or a pianist is required for a recording session. “Our students have to hand in four of their own musical projects during the twelve-month training. Of course, if you want to do more, you have the opportunity, but these four are compulsory. Which style doesn’t matter, whether rock, pop, hip hop or classical. The only thing of importance is that they use certain recording and mixing techniques and tools that have to be mastered by then. By the way, the writing of production and equipment plans is one of them.

Four own practical music projects are part of the training

“We have a very strong focus on music. This distinguishes us from many other training institutes, which are primarily focused on pure sound engineering. You have to make music yourself and also be able to play an instrument if you want to learn with us” emphasizes multi-instrumentalist Stefan Weiser. Therefore, all the music projects are also part of the exams, which have to be completed after each of the three terms. They are also graded just as the theoretical tasks. “Abbey Road Institutes are currently in London, Paris, Amsterdam, Berlin, Frankfurt and Melbourne. The requirements are the same worldwide and results are randomly checked by the London headquarters of the Abbey Road Institute. The grades may not deviate more than five percent from those of the respective schools. This ensures that anyone leaving the institute with the “Advanced Diploma in Music Production and Sound Engineering” will have the high standard of music production technology and all that goes with it expected in the industry. Of course, the name Abbey Road obliges us to offer this high quality in our education.”

Engineers at the Abbey Road Studios, London have been involved in the curriculum

“Our school is something very special. The curriculum was developed by sound engineers, music industry professionals, educational experts and, of course, sound engineers from London’s Abbey Road Studios and draws on the immense knowledge of over 85 years of studio history. Focal topics are music theory and production, sound engineering and acoustics as well as management and music business. The lecturers, just like me, all come from the field and convey not only their specialist knowledge, but also their expertise in the professional music industry. Additionally, we always bring in specialists – often internationally known engineers – from the music industry who offer master classes. But above all, our students can train their practical skills in four professional studios using state-of-the-art technology. There is no such thing anywhere else to my knowledge.”

Once the twelve-month full-time course has been successfully completed, a special highlight awaits the graduates. Then all meet for the diploma awards in the Abbey Road Studios, London – more precisely in the venerable Studio 2, in which, amongst others, The Beatles and Pink Floyd albums have been produced. Many friendships have already been formed between German, British, French, Dutch and Australian people at the subsequent party. “It’s overwhelming every year – again and again,” Stefan Weiser enthuses. “In addition, our graduates attend a one-day practical workshop under the guidance of an experienced Abbey Road engineer.” And here, too, head coach Stefan is the good mate who is always there when called. As in the workshop last October, in which a song by the Berlin graduate Yannick Sahlmen was produced (Yannick’s report on this special experience is also on this blog). A choir was needed and, of course, Stefan was there. 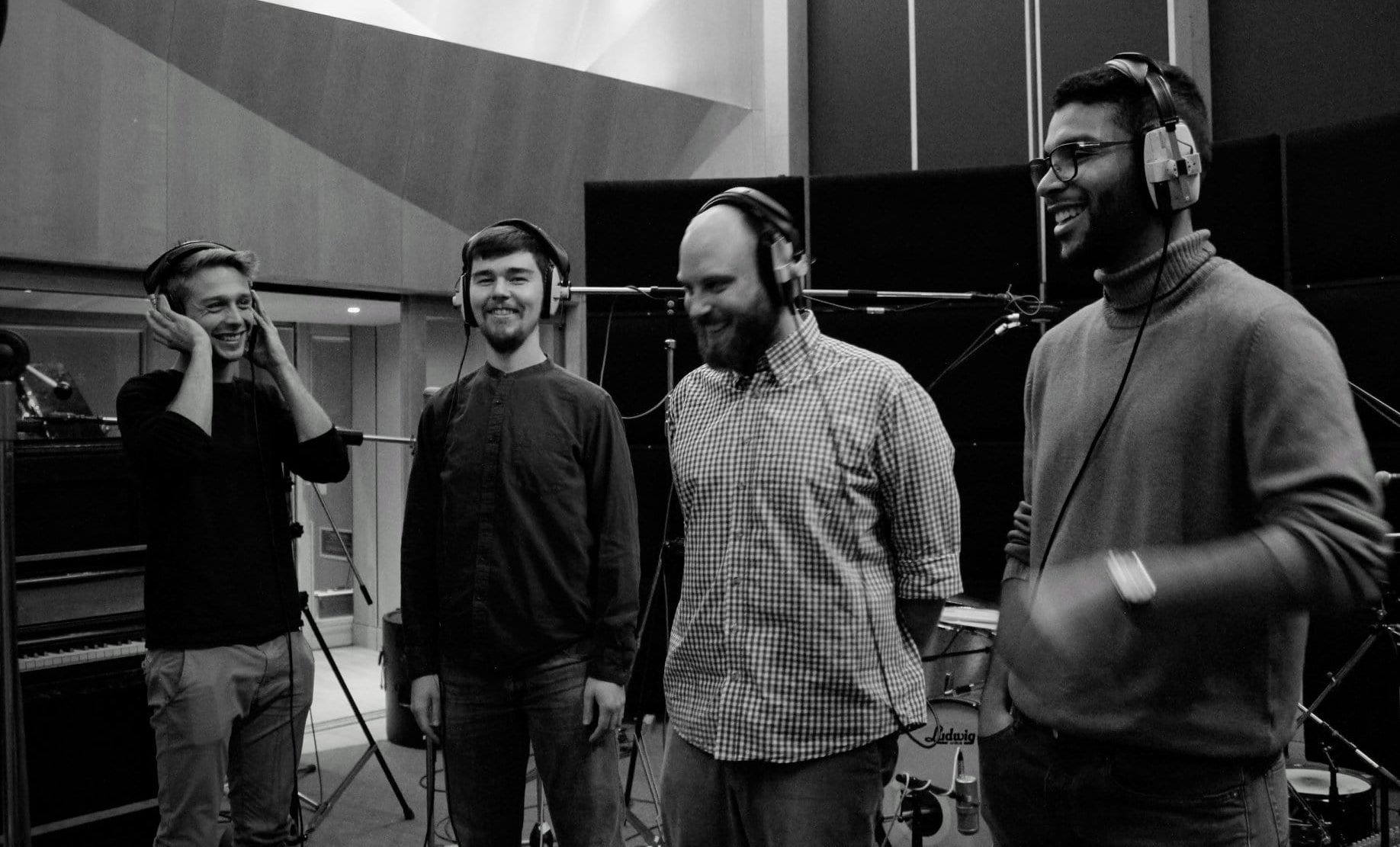 What does Stefan Weiser actually do when he is not busy as head coach at the Abbey Road Institute? Quite simply: the former active Gospel pianist living in Berlin by choice, founds an institute choir. Because he enjoys it and because “thanks to this choral work, the students learn a lot about ear training, composition and so on. They network by the by, that’s also very important to me.” And when he’s really free, he likes to play badminton, cook excellent Wiener schnitzel and is known by his stage name Seelenwald  and on the road as a musician and electronic live act.